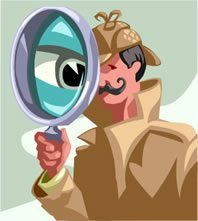 GadgetNutz’s storybreaking reporter, The Bandito, has uncovered a developing story concerning Sony via his network of industry insiders around the Sony camp.

On the heels of various industry reports of the lackluster sales of Sony’s new Playstation 3 console up to, during, and beyond the Christmas season, it’s no wonder that Sony feels internal pressure to alter it’s course to more profitable waters Obviously, the number one deficit of the new electronic entertainment device is the sheer number of newly introduced technologies, each with it’s own seemingly continuous chain of production pitfalls This same collection of newly deployed technologies directly impacts the pricing, further straining the retail sales of the Playstation 3 Considering that HDDVD technology is moving towards a broader market of consumers, Blu Ray is taking a considerable hit regardless of the Playstation branding.
One doesn’t have to pay close attention, or even take a second glance, to see that Sony, as a large corporation, has dropped the ball in it’s own court It has been reported time and time again that Sony has been facing financial difficulties, having to lay off workers, close plants, and refocus parts of their business What only a few expected, Playstation 3 sales failed to match even the reduced supply during this holiday season The affect of this has rippled through the major electronics retailers, creating a need to ship stock from store to store, and further impacting what profit margins retailers expected to see from the launch of a major new platform The slick new Nintendo Wii and the powerhouse Microsoft XBox 360 managed to dominate the market, taking full advantage of the price differential, supply problems, and even the imagination of the consumer market The season, in reality, isn’t even over, and there is already a new captain at the helm, an almost unprecedented event indicating changes to come.

At a cost of over two hundred dollars per drive, the Blu Ray is the force behind the massive cost of the Sony Playstation 3. It is speculated that Sony is bleeding some three hundred bucks per unit, and continues the wild trend of manufacturers losing cash on the console in expectations to get their money back on the software. However, with a scant dozen titles or so, Sony holds little hope of a quick turn around in their fortunes From it’s core, the powerful Cell processor,with it’s poor production yields, has added pitfalls to it’s on rollout that is compounded by the difficulty in mass producing the Blu Ray in the Playstation 3 The tremendous cost of product, let alone support and delivery costs, may have been a factor in the recent executive level staff changes, but that change (of executives) has pushed the importance of other changes up the ladder of importance.

Sony is rumored to be making drastic changes to recapture the market before losing even more of it’s command share to the likes of Nintendo (the success story of the holiday season) or the XBox 360 (still suffering in the land of the rising sun, but gaining momentum everywhere else). In a move that one source says is ‘aimed at family pricing,’ Sony is rumored to be working on a Playstation 3 that does not include the Blu Ray drive Whether this will result in the current low-end model having a change, or a newer ‘entry level’ Playstation 3, remains to be seen However, this is in stark contrast to their previous, egocentric, statements regarding ‘what kind of consumer’* will be looking at the Playstation 3.

To further fuel the fire, Toshiba has been reported to be getting ready to announce at CES (The Consumer Electronics Show) a new HDDVD player in the sub-two hundred dollar range If these reports hold to be true, Sony’s Blu Ray hopes may be dashed in even more markets than just that of the video-game arena The steep pricing of Blu Ray players already make the Playstation 3 the entry level model, and Toshiba may have just put the nail in the coffin of this format This holiday season was Sony’s chance to leap ahead of the HDDVD format, establishing Blu Ray in the consumer market.

Supply problems alone would have likely created problems with Sony’s hopes about Blu Ray, but with lackluster sales it is nearly a forgone conclusion This puts Sony in a terrible position of not only trying to turn their ship around, but if they aren’t careful–it could very well sink A Playstation 3 without Blu Ray technology may save the Playstation from the fate previously seen by Sega’s Saturn, but it will be the death nail in the Blu Ray coffin.