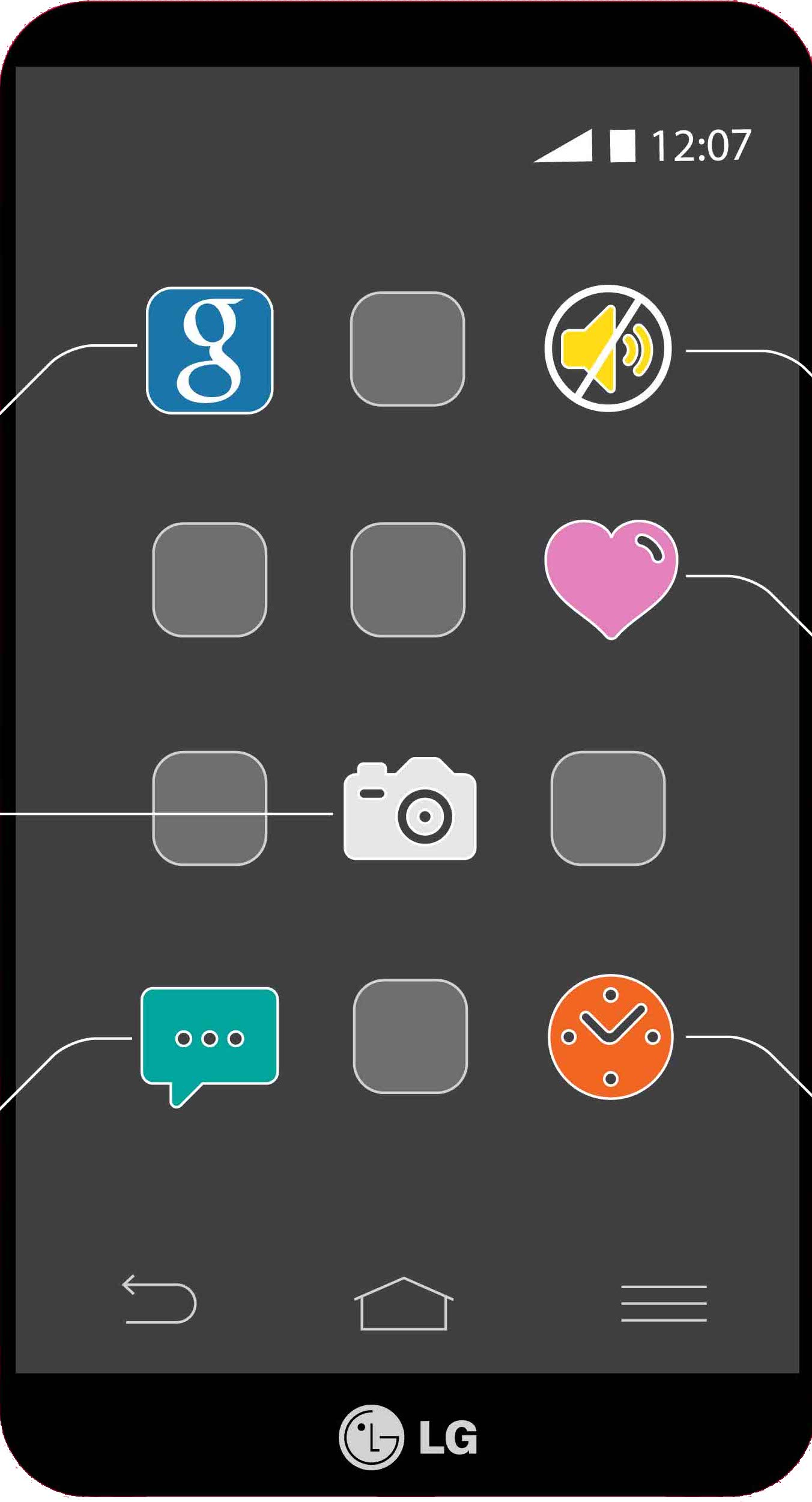 So the headline on this survey reads:

THREE-FOURTHS OF SMARTPHONE OWNERS ADMIT THEY WOULD BE COMFORTABLE USING THEIR DEVICE IN A PUBLIC RESTROOM, AND 77 PERCENT WOULD OPENLY DO SO WHILE IN BED WITH SOMEONE ELSE

Wow! really?! I know cell phones are now completely ubiquitous but taking your phone INTO the rest room??? I’m speechless.

With nearly 170 million Americans using smartphones today, mobile devices are now synonymous with everyday activities such as email, web browsing and communication via texts or social media. A number of Americans are actually reaching for their phones in some of the most unexpected places and using them for more than just staying in touch while on-the-go, according to results of a new nationwide survey released by LG Electronics, maker of the new LG G2 smartphone.
Conducted by Kelton, the “Smartphone Secrets” survey of 1,152 Americans age 18 and over found that nearly one in five would never hide the fact that they are using their mobile device, no matter where they are. Some of the most shocking and surprising places in which Americans are not afraid to whip out their smartphones include:

“Smartphones have quickly become the modern day tool that most of us just can’t live without,” said James Fishler, senior vice president, marketing, LG Electronics USA. “With major advances in mobile technology in recent years, smartphones have gone beyond their original intent as a primary communication tool to become true life companions for everything from social situations to our most personal moments. In addition, because of today’s increasing demand for more sophisticated devices, it is more important than ever that smartphones, like the new LG G2, provide consumers with the features that enrich their mobile lifestyle.”

The “Smartphone Secrets” survey findings also correspond with LG’s own internal research on consumer behaviors. Commissioned during the development of LG G2, LG researchers found that consumers are actively seeking out smartphones that are more in-tune with existing phone habits. Now available on all four major U.S. carriers, LG G2 was designed to offer a perfect blend of intuitive design, intelligent features and powerful software that empowers users to make the most out of their desired smartphone experience.

“Whether users are looking for a stylish and pocket-friendly device to keep strangers at bay or watch a quick game day instant replay while at church or on a date, With LG and the G2, it’s all possible,” said Fishler. “Its super-slim body provides comfortable, one-hand gripping and its expansive 5.2-inch Full HD IPS display delivers near edge-to-edge viewing.”
For the personal photo enthusiast, LG G2 is equipped with a unique rear-key, which makes snapping selfies easier than ever, and with an impressive 13 megapixel Full HD camera with Optical Image Stabilization (OIS) for ensuring every close up is blur-free without having to pause when in motion.

For more ideas on how LG G2 can make your smartphone experience a little more interesting wherever and whenever you reach for your phone, and for pricing and availability information, please visit www.lg.com/us/mobile-phones/g2. 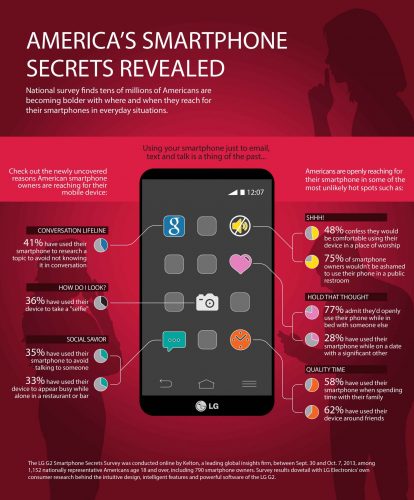 About LG G2 “Smartphone Secrets” The Survey
The LG Smartphone Survey was conducted between September 30 and October 7, 2013 among 1,152 nationally representative Americans ages 18 and over, including 790 who have smartphones, using an email invitation and an online survey. Quotas are set to ensure reliable and accurate representation of the entire U.S. population ages 18 and over. Results of any sample are subject to sampling variation. The magnitude of the variation is measurable and is affected by the number of interviews and the level of the percentages expressing the results. In this particular study, the chances are 95 in 100 that a survey result does not vary, plus or minus, by more than 2.9 percentage points from the result that would be obtained if interviews had been conducted with all persons in the universe represented by the sample. The margin of error for smartphone owners is +/-3.5.