My Journey from Virgin Mobile to a Samsung Galaxy A02s

I got a Virgin Mobile account many years ago. Like around 2003. And I’ve had several phones for that account over the years. The last one was an LG Rumor 2. It lasted quite a long time. But it has started to die. I was forced to get a new one. For those who had Virgin Mobile accounts, we know that last year it was bought up by Boost. The plan was grandfathered in so it was almost as if nothing had changed. Now that my old phone is at death’s door, however, no more cheap calls. Their PayLo or “Min2Min” plan was .25 a call for the first minute and .10 every minute after and .15 for every text) is at n end for me. Sad Face

So I ordered a smartphone because I really had no choice. Boost was selling some phones for reasonable prices. And I asked if I could use the money that was already in my account, but no. I had to pay for the new phone. So, I ordered a Samsung Galaxy and in a few days, it arrived. I went to the Boost web page to change from the old phone to the new one: 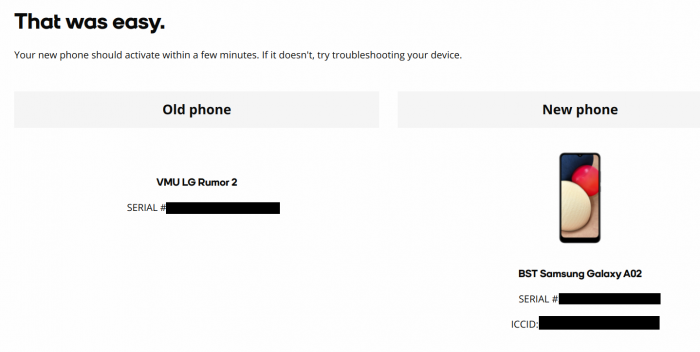 Then I changed plans:

That went through alright: 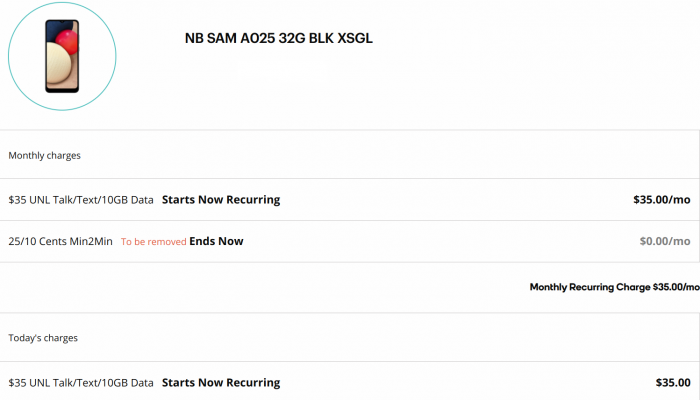 Now we come to the tricky part because while I did all this the new phone wasn’t registering. It wasn’t connecting to the network. On the day the phone arrived (a Sunday) I spoke to a couple of lovely ladies on the (house) phone. I gave them all the very long numbers of both phones. I was told that the Boost network was still being “worked on”, whatever that means. I was told to wait 72 hours. Ok.

Well, by the time Friday rolled around with no change to the phone’s status, it was time to contact Boost again. This time I tried the ‘chat’ from the Boost web page. I was ready with all my very long numbers. It took Chatting with at least two or three people before I got a supervisor. Repeating those darn long numbers again. Sigh. Again, I was promised they would try and fix the situation………

Looking around at the phone settings I discover that the SIM card isn’t being read. And I know there’s a SIM card in the phone.

I decided I had to do a bit of research. Boost has an area on their website for customers to take to each other and after a bit of looking, I found this thread. For some people, the solution was to report their problem to the FCC. I figured if I had to file a complaint with the FCC, I guess it was worth it if it worked.

However, first I was going to try the chat again. I did that today and one thing I did was link to that thread. And I told them the solution was to unlock my phone.
I was transferred to a tech person. Everyone was always pleasant. Let me stress that. I gave this new person my numbers – the IMEI number for the phone as well as the SIM card ICCID number.

I was asked to turn off the phone for a couple of minutes and then turn it back on. I was not really expecting much but surprise, surprise, when I turned on the phone I saw the “LTE” notification which had never been there before. Looking at my settings, the SIM card was there and it saw my phone number. I called the house phone…it rang!

I don’t know if “threatening” to have my phone unlocked got me to the correct tech guy, but if so, feel free to try that technique.

Actually, the solution came from that thread I mentioned earlier:

The problem is that the phones that are still on the shelves MUST be activated through the old system that Boost Mobile no longer supports, BEFORE they can be transitioned over to the new expanded network that Boost Mobile is using.  Thus, these phones are kind of stuck in a limbo since they cannot be activated to allow transition.  The only way around this is to either get your phone unlocked by Boost Mobile (which they are against unless your phone has been in use for 12 months for whatever reason) or getting a phone that is more recent and is already programmed to be activated on their current system.  These phones that are part of their old system need to be taken off of shelves to avoid headaches or potentially losing customers. If we weren’t as tech and resource savvy as we are, we would not have gotten the issue resolved.  I hope others are able to find this thread and are able to get their phones activated through the unlock method.

In case anyone is jumping to the bottom of this thread, this is exactly what you need to do if you are getting “Invalid Sim Card” on a newly purchased Boost Mobile phone with the 5G Sim Card Activation Kit.

1) Have your IMEI and CCID available and ready
2) Log into your Boost Mobile account on a device through their website (BoostMobile.com)
3) Use the chat service and ask for help activating your phone
4) Link them to this thread that we are on right now, and tell them that your phone is part of the old system, and needs to be unlocked in order to enter the new Expanded Network system
5) They may push back on you and say that it is only for people who are 12+ month users of the device, just reiterate to them that you do not have another option and that you need this phone to be unlocked
6) Remain polite throughout this process, I know getting aggressive can work with customer/tech support but I was able to remain pleasant the entire time so it was not a pre-requisite for me receiving help.  Just remain confident in this being a solution and you know that it will work to fix your Sim Card Invalid error.
7) When they submit the request for your phone to be unlocked, it could take 24-48 hours (It took about 3-4 hours for mine to be unlocked)
8) Once your phone is unlocked, you will receive an update to your phone, do the update which requires a restart.  Once you power your phone back on, you will be connected to the Boost Mobile network.
9) Finish all updates to get the old system Activation check off your phone and enjoy your new phone.

Now that I have a functioning phone I can explore other aspects of this device and that means making screengrabs.

So I went on a quest to figure out how to take a screenshot. I located this explanation:

How To Take a Screenshot on the Samsung Galaxy A02

The best tool on this phone is the Assistant menu which I turned ON: 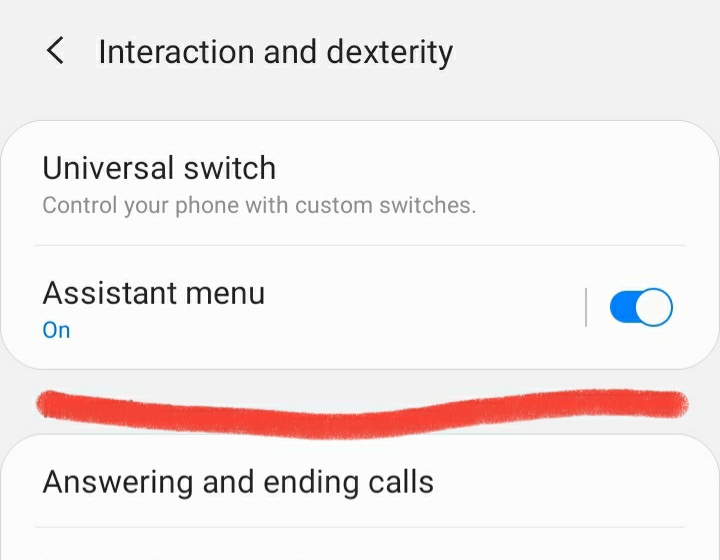 This is a list of available menu items one can add to this tool. It’s a little floating circle that I can have anywhere on my screen. One tap and it opens up with all the tools I want. 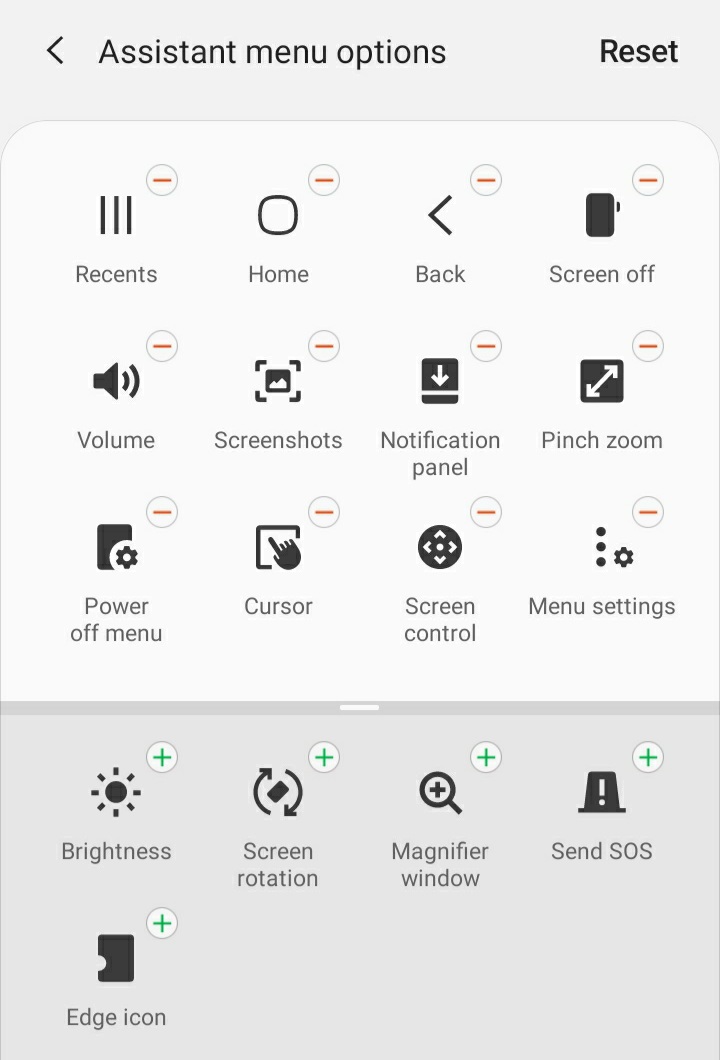 As I was testing out features I noticed an icon that I didn’t recognize so I went looking for a list and found this.

At least now I know I have the Data Saver option is enabled!

I did discover that I can directly share files between the phone and my Chromebook. 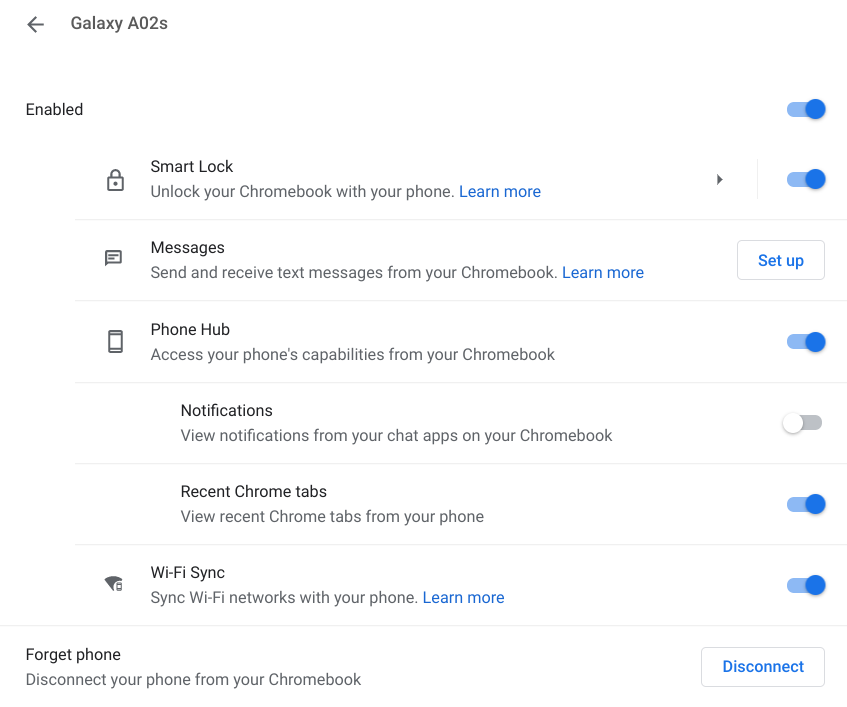 I’ll have to explore that more. Right now I’m just glad I have a real phone again.

my Lock screen (yes, the cat is supposed to be standing on a Romba):