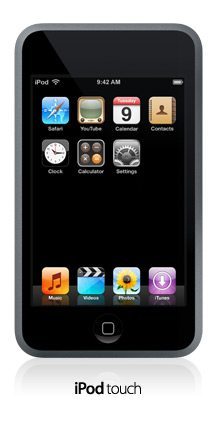 New iPods for Everyone 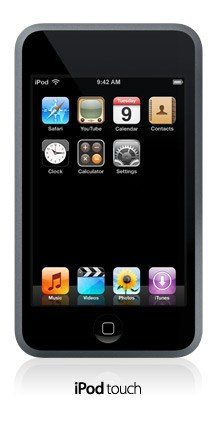 The invitations read ‘The Beat Goes On.’ There was lots of speculation – but now the fact are starting to come in. I’m sure the complete video will be up on YouTube soon or available on several web sites. Here is what I have found out:

1GB (PRODUCT) RED shuffle. Available for $79, as of today. Also, new colors for the Shuffle are now available.

The new units will include 2-inch screens with QVGA resolution, and apparently boast the same screen resolution as the iPod video. The displays have the highest pixel density the company has ever shipped, and it seems the extra-wide players will sport an ‘enhanced’ UI and its own version of Cover Flow. It is not a touch screen and has a familiar ‘Clickwheel’ interface. The nano will come bundled with three games, including a Vortex and Soduku game and you’ll be able to purchase more from the iTunes store. The battery life is fairly impressive as well, with Apple touting 24 hours of playback for audio, and 5 hours for video. The 4GB model will be selling for $149, though it’s only available in silver, while the rainbow-colored 8GB will leave you $199 lighter in the wallet. Both models will be in stores ‘by this weekend.’

Apple today announced the latest in its kind-of-sort-of successful iPod line, the sixth generation iPod ‘Classic.’ Like the brand new iPod nano, the flagship iPod is also sporting an all-new interface, headlined by Cover Flow. The iPod comes in 80GB and 160GB capacities, with 30 hours of battery for audio playback, 6 hours of video on the 80GB version, and 40 hours / 7 hours for the 160GB unit. In addition to the new interface, the iPod Classic is getting a new all-metal shell, and is selling at $249 for the 80 gigger, $349 for 160. They should be in stores by the weekend.

The new flagship iPod has ‘the same size screen as the iPhone, but it’s even thinner’ (eight-millimeters, for those taking notes), and it also touts the ‘same multi-touch interface’ found on the firm’s handset. Additionally, it boasts a 3.5-inch widescreen display, the ability to ‘flick through photos,’ and you even get the ‘slide to unlock’ feature from the iPhone. The ‘Touch’ also has WiFi. So, that means that we can surf the web (YouTube included) and buy tunes on our iPod with the new Wireless iTunes store. As for battery life, the Touch is said to last 22-hours when playing back audio and 5-hours when watching video, but only time will tell how draining web surfing will be. The iPod Touch will be arriving in 8GB and 16GB flavors and will be priced at $299 and $399, respectively, when they ship ‘worldwide in a few weeks.’

Steve Jobs demonstrated how you can browse YouTube and Facebook with the new iPod Touch’s built-in WiFi, with Jobs also taking the opportunity today to announce the iTunes WiFi Music Store. It’ll let you search for anything in the iTunes Store, preview it, and download it directly to your iPod Touch. That then gets synced to your main iTunes library for safe-keeping. Those less certain of what they’re looking for can also make use of the buttons for featured music and top tens. Unlike the ringtones for the iPhone, songs bought on the iTunes WiFi store cost the same as they do in the regular store and it’ll be available in all 22 countries Apple operates in.

Apple and Starbucks are partnering to bring you the option of purchasing the music you hear over your local Starbucks’s sound system. When you’re in a Starbucks T-Mobile hotspot, an icon will pop up on the iTunes WiFi Music Store that allows you to purchase that track from a playlist of recently played songs in that store. You also get free WiFi access to the iTunes Music Store
Price Drop on iPhone:

All in all a big day for Apple and a potentially expensive one for all of you!!