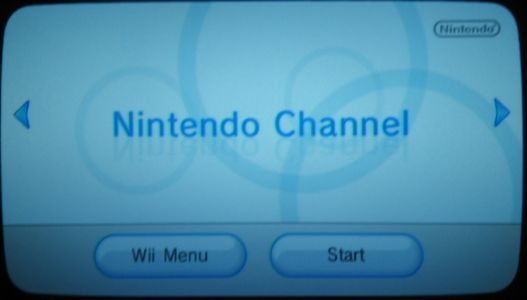 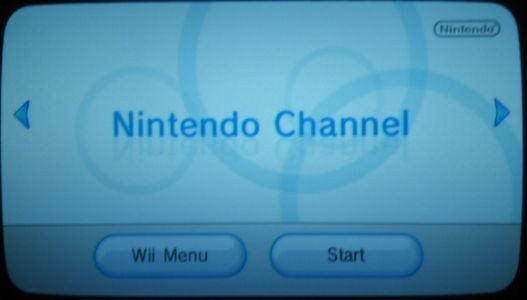 Without much fanfare, Nintendo has finally met some of their customer’s expectations; the Nintendo Channel for the Wii has finally been made available While the name itself seems a bit innocuous, the content of this ‘channel’ found on the Wii’s main menu, has several key features that, quite frankly, are long overdue Nintendo DS demo downloads (and possible future additional content downloads), game preview trailers, game information, and the ability to receive notices of new games that could be of interest to the gamer All of these new features should have been available at launch, so any words of praise that are forthcoming are all tainted with, ‘Why did it take so long?’ First, the Nintendo DS downloads are finally here In the gamer community, this feature has been discussed since before the Wii was

known as anything other than the ‘Revolution.’ After the Wii’s launch, this feature was further discussed to the point it almost seemed like the Holy Grail In reality, this feature is far from anything so dramatic; the download feature contains only a handful of demos at the moment If this was the extent of the Nintendo DS download area, it had no reason to take this long.

Oddly, while the Nintendo DS download feature was a bit lacking; the game information and trailer section shines Overlooking the self-serving, and immediate, video listing of the channel,

the game list is fairly well organized and easy to navigate Each listing includes the genre, publisher, a game-trailer (if

available), and is color coded to represent current or upcoming release The listing also includes a search feature, not unlike the one found in the shopping channel, and the ability to rate games These features apply to Wii games, Virtual Console games, and Wii-ware (whenever they decide to start releasing those titles) While Nintendo isn’t prepared for direct-to-customer sales of Wii titles, they do provide a ‘buy now’ link from the game listings that opens your browser to your

preferred retailer, or a list of retailers expected to carry your selected title This feature is a pleasant addition, and, honestly, it wasn’t expected.

Finally, the ‘game information collecting’ feature is here Yes, yes, I know, ‘My privacy is gone!’ Well, this is Nintendo, and if any of the gaming companies needed to know what games you’re playing–it’s Nintendo Sadly, they haven’t quite figured out how to track our game-time on OTHER platforms Nintendo, upon launch of this channel on your Wii, provide a means to opt-in or opt-out of this feature; also, your selection can be changed at anytime through the channel’s menu For Nintendo, it helps to

determine what people play, and how much they play it Hopefully, Nintendo will pay attention to their collected data, and start bridging a few gaps in their library of games In other words: If you want RPG’s, play ‘Baroque’ and ‘Phantasy Star II’ until you’re blue in the face If you want GTA, play ‘Scarface’ and ‘The Godfather’ until your fingers bleed This information is also used to notify us, the customers, of any new games that may be of interest to us The information collected, according to the Nintendo notifications, are non-identifiable Considering the hot and cold nature of Nintendo’s game releases, this is a feature that THEY’VE needed for a long time…

The gamers at GadgetNutz have been waiting for the ‘DS Downloads’ for quite some time, and it is finally here We do have a problem with the small (read a half dozen or so) list of demos available, but this list will certainly grow over time The ability to purchase disk based games through a directory like game listing (complete with trailers) adds a new dimension to the Wii experience While a bit controversial, being able to share gaming information with Nintendo is an overdue feature that Nintendo has needed for quite some time In the end, the feature set makes the ‘Nintendo Channel’ worth the free download; however, it really begs the question, ‘What took you so long?’