No doubt you’ve seen the plethora of commercials released by Verizon for their two newest phones. They tout an app store, a touch screen, and blah blah blah. You’ve seen it all before, but Verizon has a way of combining these ingredients into beautiful, fresh ideas. Can Verizon keep things fresh heading into the third generation? 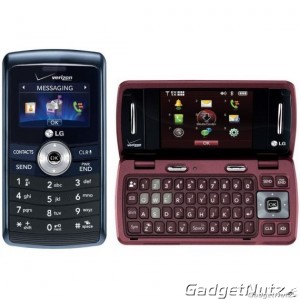 enV 3: Verizon has shrunk down the enV 3 even more than its predecessor. It’s smaller and more compact while feeling sturdy and well made. It has upgraded from the easily breakable front buttons that plagued the enV 2. I have had no problems with the new face buttons. They all function correctly and stay in place after months of use. The front has the standard numbered buttons, 5 special buttons, and a directional pad. The contacts button and clear button make the already simple navigation even easier. The only problem is that many features (even simple ones such as changing ringtones) are not available without opening the phone. The internal screen is large and pretty, but not nearly as nice as the enV Touch’s.

enV Touch: The enV Touch doesn’t have much in the face button department, the big draw is the touchscreen. Essentially, it is an upgrade from the already great Voyager. The enV Touch has a modified OS to complement the touch screen. Speaking of screens, this one is gorgeous. It is vibrant, colorful, responsive, and you just love to look at it. The internal screen is magnificent as well, leaving no one disappointed. The phone could definitely use a little trimming down. The interior screen is slightly better-looking.

enV 3: The screen’s are nice to look at and the interface is simple enough so your Grandmother could use it. They are a few different themes, each one a slight variation on the last. The “app store” referenced in the commercials is not what you think. Basically, Verizon added some utilities to their download service and that’s it. There really nothing special about it and it’s nowhere near as impressive as Apple’s community-based app store. The texting is by far the best on any network. It’s quick, MMS-enabled, and easy-to-use. The phone service is a bit on the scratchy side and sometimes it’s hard to understand other people.

enV Touch: enV Touch has all the features of enV 3 plus some bonuses. The standard Verizon interface has been modified just for the Touch. It’s still simplistic and slick but can some times slow down when you do a lot at once. They tried to make a web browser but it’s too clunky and hard to use for it to be worth your time. It can be difficult to navigate a page and load times are far too long. Also, while the Voyager had built in V-Cast Mobile TV, this feature is not present on the enV Touch.

enV 3: The camera is good at working in lower light but sometimes it takes extremely blurry pictures. The editing tool is very useful and surprisingly robust for a phone.

enV Touch: The Touch’s phone is slightly better (.2 megapixels to be exact) and it makes a difference. The pictures are sharper and and brighter. They transfer well to a computer and are not downsized even when sending through text message. The Touch comes with VZ Navigator, a GPS built straight into the phone. It works well and is fairly accurate and can compare to full GPS’s, albeit older models. Sometimes if you travel too far off course, it will just give up and ask you to restart.

enV 3: A wonderfully simplistic presentation with a great. compact design makes for a fantastic phone for anyone, especially frequent texters.
Grade: A-
Price (with contract): $130 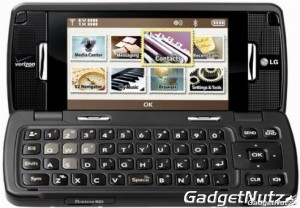 enV Touch: A great camera, beautiful screens, and turn-by-turn directions outweigh the sometimes clunky interface and the so called “app store”.
Grade: B
Price (with contract): $180

Essentially they are very similar phones with a few minor differences. Some of which cause problems for the Touch.