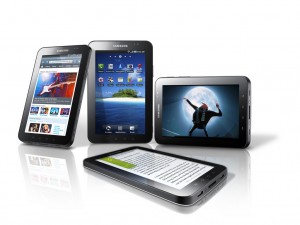 Android is facing another uphill march in the new tablet marketplace. It’s currently #2 in the smartphone market, but it’s nowhere near the underdog it was at the beginning of this year (2010). In the tablet market, currently dominated by Apple’s iPad, it’s not even a noticeable contender as far as the general public knows even though there are dozens of Android tablets – and the reason seems simple.

It seems that Google doesn’t want a tablet market based on Android – or at the least they don’t want one yet. The most telling evidence of this is that Google withholds the one central source of software distribution, the App Market, from most of the Android tablets.

Forgive me if this offends anyone, but is Google starting to have infighting problems between internal divisions? Are the ChromeOS developers wanting to be the only official Google tablet OS in spite of the fact that there are already compelling Android tablets? This type of infighting is a problem that has plagued Microsoft and other large companies and leads to innovation being stifled and failure to compete. Perhaps Google wanted ChromeOS on tablets and netbooks, but we already have powerful tablets running Android.

In the opinion of several of the staff here at GadgetNutz.com, ChromeOS has one clear retail market and that’s where people need high security internet connectivity. Other markets are yet to be determined.  You want your bankers to be using ChromeOS – but what about it makes it a perfect tablet OS when Android has all the momentum?

Android has a hugely growing developer community and professional solutions that exist now. ChromeOS does not. ChromeOS may have a future as a tablet OS but Android is a tablet OS right now and with companies like Samsung – it’s on a tablet that can compete with the iPad.

If this isn’t just infighting then the solution to Google’s possible Android tablet concerns is not to chop it off at the knees by withholding the App Market and make hardware companies wait for a future upgrade to the Android OS. The market for Android tablets is hot right now and there’s no logic in waiting.

Perhaps Google worries about fragmentation, (having multiple versions of the Android OS that software developers have to support) but let’s get real. The fragmentation issue is overblown by people who don’t understand the subject, and if Google believes this is actually a serious issue – then why insist on a tablet ‘solution’ that is going to include more fragmentation issues for Android as a whole?

The proper solution would be to take control right now and push out an updated Android Market application that is easily available to ALL Android devices under a simple license. This has been overdue for some time now anyway.  For compatibility concerns do the following:

Google should setup a team to check apps for version compatibility (targeting the top 1000-2500 apps initially) and indicate for each Android OS released if it passed these basic compatibility tests Add an area for app developers to simply check off if they state their app works for each of the given OS releases. When a new OS is released and added to this list, they’re automatically notified to update this asap Add an area, like ratings, that users can also indicate if the app works on each OS release… this would be a rating of the number of people responding.

Don’t restrict this new Android Market. Innovate a simple system for hardware developers to include the market on ALL Android hardware. License to get just the App Market would be easier to acquire… just require Google Search to be the default search engine so Google can earn their revenue.

This plan helps the hardware developers, the Android user base, and it will help Google as this will put more of a push from the users to the hardware developers for them to get caught up to the latest Android OS release as it will be far more transparent WHY any given piece of hardware can’t install every app. Not to mention more this means more Google advertising to earn them revenue. After all, they put a lot of work into Android. 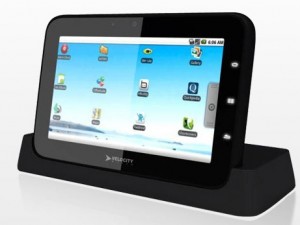 Are tablets inherently less compatible? No. For well over a year the existing Android tablets have been able to run most any app loaded on them. The Android developer community, in the person of Tm Bray, has weighed in on this in a post on the Android Developers Blog (www.android-developers.blogspot.com). Tim has pointed out the same thing we’ve seen in our own tests – because of the nature of the Android OS most apps work without a problem on tablets already. In testing for the Samsung Tab, Tim observed that there are only a few things developers need to consider in order to full support even the Tab’s impressive 1024×600 resolution. Most other tablets (like the Velocity Micro’s ultra-affordable Cruz Tablet) will have a standard and still impressive 800×480 resolution which should pose no compatibility problems as that’s already a common resolution on current Android phones.

The Android tablet market is growing. Currently members of Reddit put together a crowd-sourced spreadsheet (https://spreadsheets.google.com) of at least 20 tablets currently available or due out soon. Most in the next month or so. They expect to double the number of listed tablets by Christmas and they’re only including fairly major manufacturers. If they included all the cheap import tablets the list would triple in size today.

The 2010 Christmas season is going to be tablets everywhere and all but Apple’s tablets are going to be running Android.

Google – why are you fighting success?