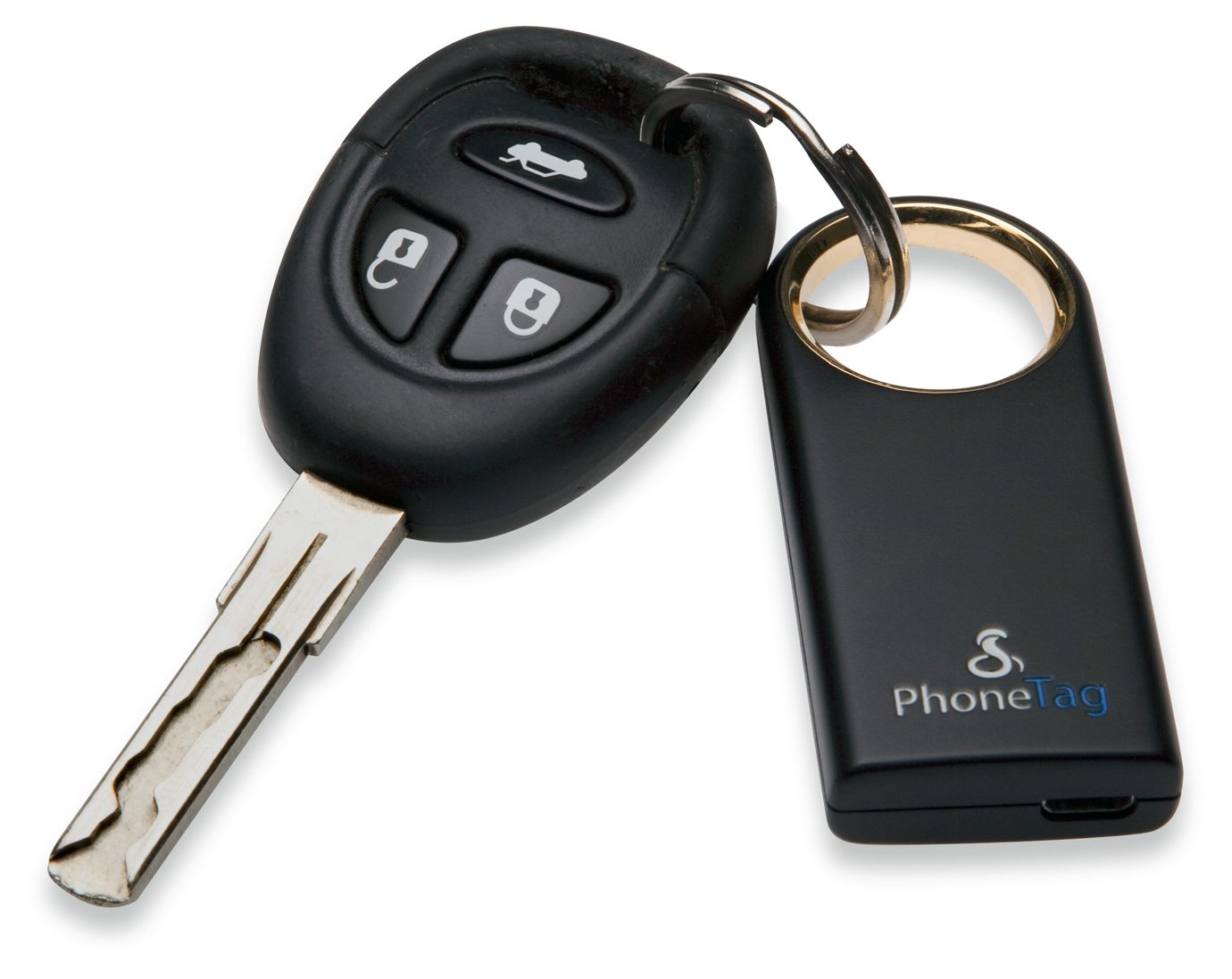 Have you ever lost your car keys, OK who hasn’t?  For me, I always tend to lose them whenever I am in a hurry.  You get that panicky feeling of “I need to find these now!”, while you are racing against the clock.  Usually you don’t have time to retrace your steps; you’re just hoping that they were at the last place that you were at.  Fortunately there’s a device on the market called “Cobra Tag” that makes your life a little bit easier.

“Cobra Tag” is actually a product made by the Cobra El

ectronics Corporation based out of Chicago, Illinois.  If you have ever owned a radar detector, chances are you probably owned one by Cobra since they are one of the leading players in detection technology.  Recently Cobra has taken their tracking expertise, and decided to make this time saving gadget.  One can only guess that somebody over at Cobra has lost their keys a couple of times in their life themselves.

Cobra Tag is a two-part security process system.  It has is a sensor device that you attach to anything that you want to track.  This could be your keys, your purse, computer bag, or anything valuable that you just can’t afford to lose (especially if you are in a rush).  The second part of the process is the software.  This is where you track your security sensors from your smartphone.

So how does this work?  Let’s say you put the Cobra Tag on your keys, and you are out for a business lunch.  You pay for your order, but you happened to take your keys out when you were reaching for your pocket change as well.  You start walking away from the register, but you left your keys on the counter.  Your phone will ring to give you a reminder to alert you that you are about to leave your keys behind.  The really cool part about this is say you left your phone on the counter instead of your keys, both will ring as well.  So not only will the Cobra Tag protect the item that you want to tag, but it will protect your smartphone as well.  (Which for some of us, may even be more important than our keys)

The Cobra Tag and the Phone use Bluetooth technology to communicate.  So you have apx. a 40 foot range between your phone and the Cobra Tag to alert you.  If you go beyond the Bluetooth range, the phone still records the GPS coordinates of the Cobra Tag of where it last saw it and sends you a  and will send this information to a pre-configured contact list via email, text message, or even to a linked Facebook or Twitter account.

Pricing and availability, Cobra Tag is available from retailers nationwide effective today at a suggested retail price of $59.95. The Cobra Tag app for Blackberry is available at no cost from the Blackberry App World and the Android app can be downloaded for free via the Android Market.  For more information or to locate a retailer, please visit www.cobratag.com .