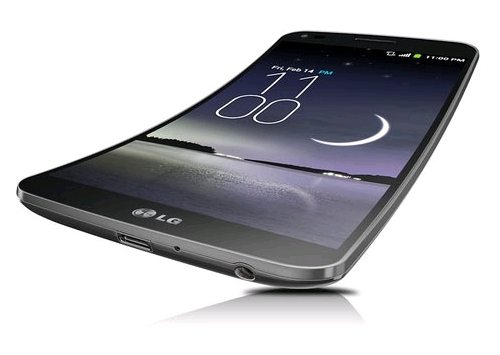 LG Raises the Bar for Mobile Innovation in 2014

ENGLEWOOD CLIFFS, N.J., March 28, 2014 – Further solidifying its position as one of the world’s most innovative leaders in mobile communications, LG Electronics has been singled out as the “Most Innovative Device Manufacturer” by the GSM Association. This is in tandem with LG’s flagship devices earning additional prestigious recognitions, including the 2014 iF Design Gold Award, 2014 Red Dot “Best of the Best” Award and CES Innovation Award.

With the release of key innovative and stylish flagship devices, including the LG G Flex, LG G2 and Nexus 5, LG has expanded its commitment to design leadership, while raising the standard for mobile innovation in 2014.

Shaping the Next Wave of Innovation

LG raised the bar in smartphone design with the LG G Flex, the world’s first curved, flexible smartphone*. The following awards were bestowed upon LG for this type of innovation, demonstrating its cutting-edge capabilities in design and engineering.

LG found itself in the international spotlight again at the 2014 iF Design Awards, which recognize and increase public awareness about influential product designs, with 26 products earning honors, including the LG G Flex which was selected as the 2014 iF Gold Award winner. The LG G Flex, along with the LG G2, was commended by iF judges for implementing a new approach to smartphone design for the unique Rear Key feature that houses the volume and power controls in one convenient spot on the back of the device – the most natural and instinctual resting place for one’s index finger during voice calls.

With more than 4,800 entries this year, the internationally respected Red Dot Awards are one of the most respected in the design awards industry. The LG G Flex was recognized with the coveted Red Dot “Best of the Best” award, while the LG G2 and LG G Pad 8.3 also received 2014 Red Dot recognitions.

Lastly, at this year’s International CES, the LG G2 smartphone earned the CES 2014 Innovation Award distinction in the highly competitive wireless handset category. LG also earned top accolades for G Flex as one of the best new products of 2014 at CES, including “Editors’ Choice Award” from Reviewed.com, “Editor’s Choice Award” from Popular Mechanics and “12 Best Products from CES 2014” from Popular Science.

*The flexibility of this product is limited. This phone may be bent flat up to 180 degrees for a limited period of time only. Do not bend inward or twist.