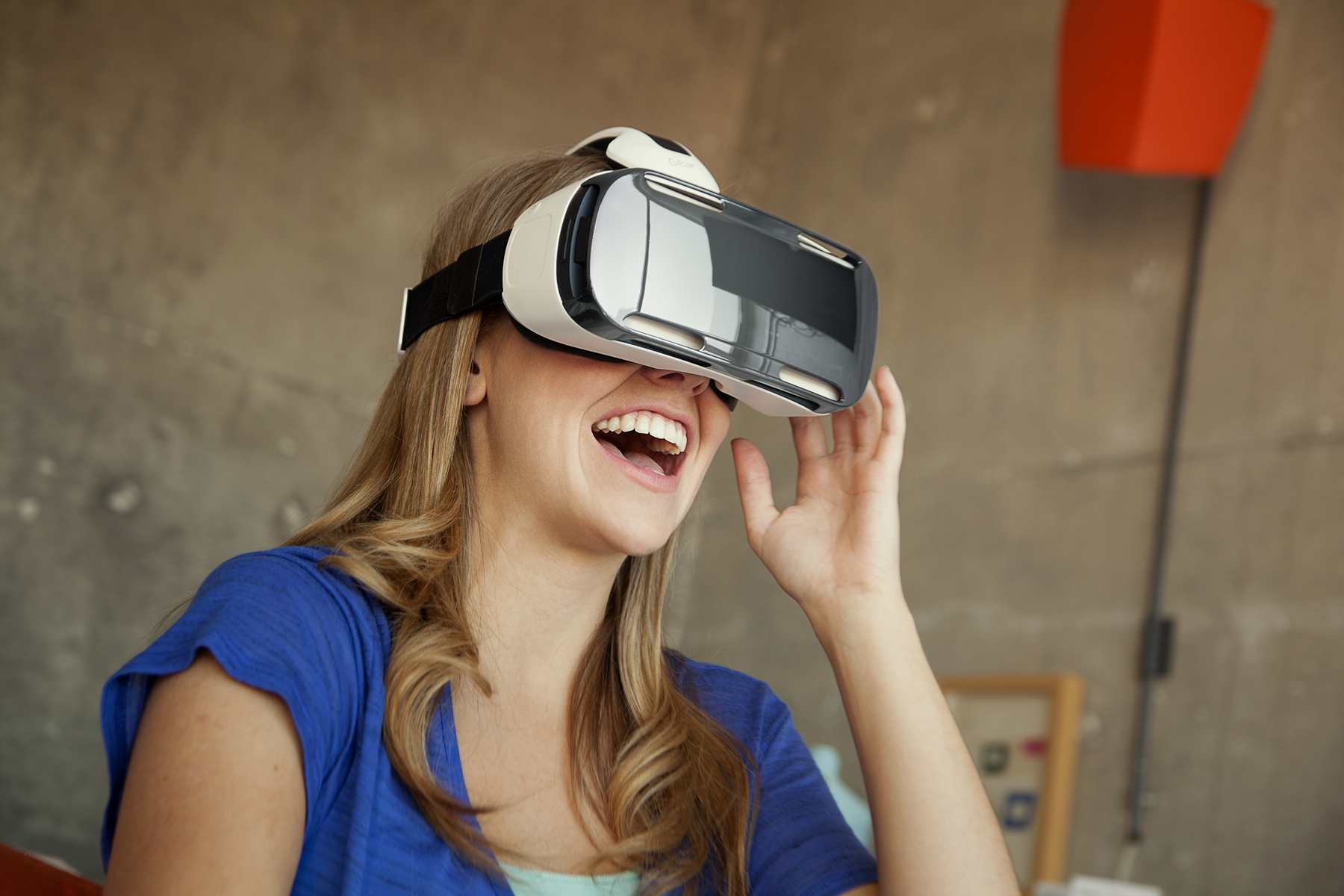 The Samsung Gear VR – Gazing into the Future

In just a few weeks’ time, Samsung plans to release its latest wearable technology, the Samsung Gear VR, short for Virtual Reality. This headgear uses the new Samsung Galaxy Note 4 to display half of QHD at 1280 by 1440 resolution in each eye unleashing a revolutionary potential for immersive gaming, movies and more. The revolution is akin to what the Nintendo Wii brought about in the gaming industry. Moreover, this device will be the first of its kind and in order to deliver an outstanding performance, Samsung has teamed up with Oculus Technology, an innovator in virtual reality technology.

Is It Cutting Edge?

It’s happening alright! All those science fiction showing a headset capable of 3d internet, video, and virtual reality were just showcasing what Samsung has potentially achieved here. The Gear VR is a complete virtual reality system that is mobile and could transform content viewing and gaming. It isn’t as slim or transparent as the Google Glass but unlike Google Glass this is meant to completely immerse you in videos and games. And unlike Google Cardboard, the VR headset literally made of cardboard (and it’s multitudes of imitators both cardboard and plastic), this is a real product with many features of its own.

Unlike the VR headsets of the past, starting with the iGlasses initially released with a meager 320×200 resolution per eye and cables to connect you to your computer, the Gear VR is light, portable, and is powered by the phone you’ll be using anyways.

Users will get to observe full 360 degree displays taking 3D movie viewing to the next level. Add to that, additional features such as focal adjustment to compensate for those with far/near sightedness and you get a one-size fits almost all solution. My own eyesight is terrible. I have astigmatism and am nearsighted in one eye and farsighted in the other. It still blew me away. In short, the Gear VR will create a brand new immersive virtual reality mobile experience never before seen in the industry. Even Oculus Rift itself only uses a Note 3’s display giving you about half the resolution.

Expected to retail at around $199 USD and to be sold through the same wireless carriers that sell the Note 4/Note Edge, the Samsung Gear VR is a bargain considering it will ship with additional hardware needed for positioning, a side touchpad and even a game controller! A 16GB microSD card is expected to be packaged with the Gear wear, containing a careful selection of 360 videos and 3D movie trailers exclusively designed for the Gear VR. All-in-all, it seems Samsung is already looking at securing its position in the wearable industry of the future starting this year. We also understand, that at some point, a kit to let you use the Note Edge will be available as well. This makes sense since these phones are nearly identical in all the ways important to working with the Gear VR.

The Samsung Gear VR will operate together with the 5.7 inch Quad HD Super AMOLED display of Galaxy Note 4 enabling it to provide engaging and stunning visuals. Samsung says that the experience will be akin to sitting in the “best seat of a theater” with full 360 degree immersive 3D action. Naturally gaming will be a big plus point of this kind of device as it will eventually usher in an era of three dimensional real time gaming.

The wearable instrument will feature lightweight material, soft and flexible cushioning and will be entirely wireless – so engaging in virtual reality will not need the help of a computer. Already in the pipeline are several titles and features from top-tier creators, which will be available with the Gear VR upon launch. This includes gaming, film, educational and experiential content.

The optical lens will have a 96 degree field of view for both eyes, sensors include gyrometer, magnetic, accelerator and proximity. Physical user interface will include volume key, back button and a touch pad with microUSB connection to interface with the Galaxy Note 4.

Time To Get Excited?

Possibly. The fact that Samsung is bringing out an entirely new device and with absolutely no commercial competition and only mostly home-brew development of content for this genre, it is hard to say whether the Gear VR will rock enough boats. However, being the first of its kind, it is truly a very cool gadget, and one could evolve into the future. Also, unlike mobile devices such as watches, VR possess a greater range of possibilities and has an undeniable attraction to gaming markets and others that have deep pockets, so this could eventually become a major part of our lives.

Considering the various partnerships Samsung has entered for the Gear VR’s content, it stands to reason that at $199 this will be an exciting product. IMAX, Avenger’s Age Of Ultron, DreamWorks VR, Vevo and many others are hard at work cooking up amazing futuristic content for this headgear. Also, because of Google Cardboard (and it’s plastic brother the Durovis Dive) there are already numerous VR demos and games on Google Play already.

Fingers crossed, the Samsung Gear VR may just begin a new race, one that ushers in futuristic devices, eyewear that isn’t just big and bulky (probably the only con we see in the Gear VR) but also super-functional and useful in one’s daily life. Want to experience virtual reality today? Head over to your nearest Samsung store to get an update on the Gear VR and register for pre-launch.