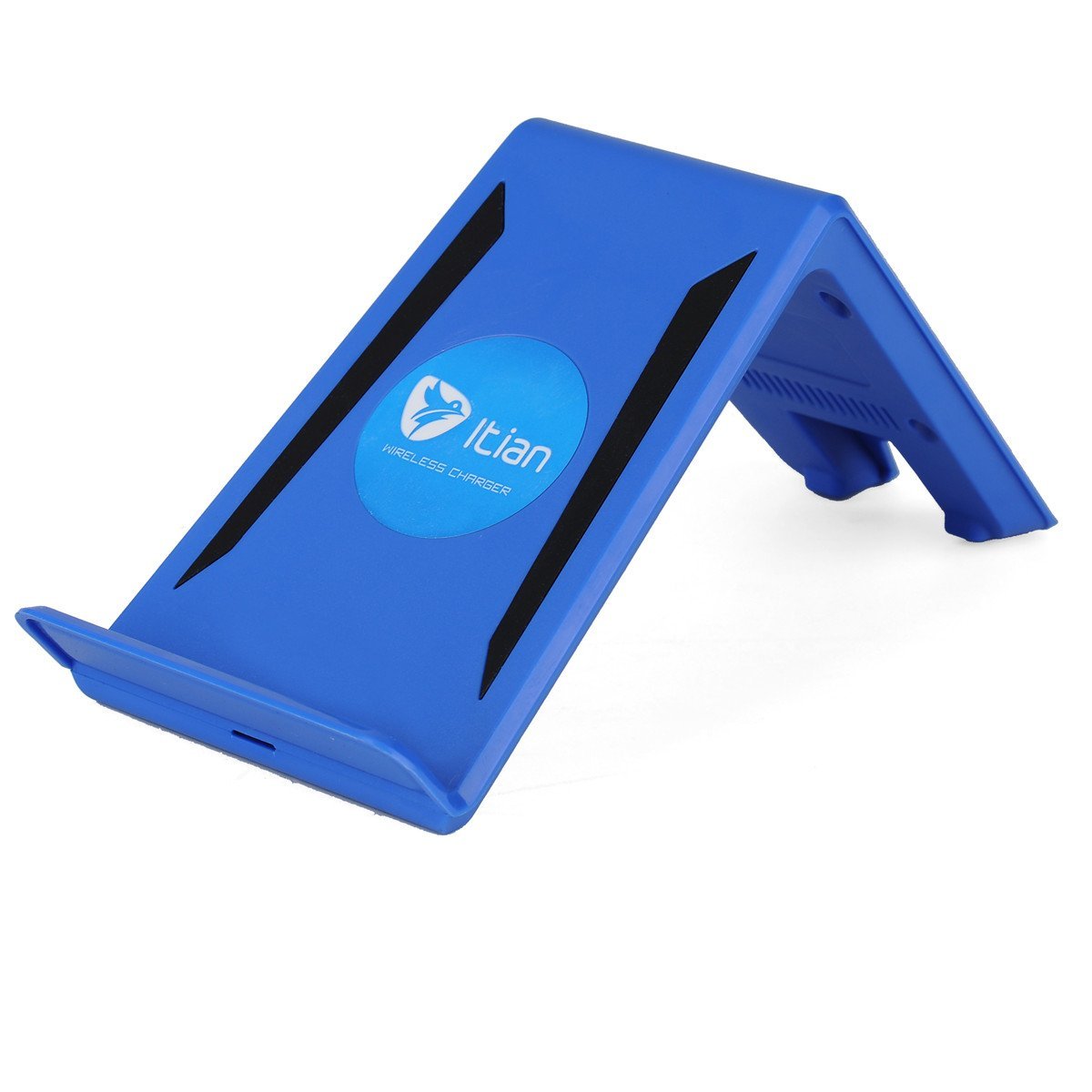 All mobile devices have one thing in common; they will eventually need to be recharged. This means you need to have the charging cord that came in the package when you bought the phone or tablet. Nowadays you can usually use any MicroUSB charger as well. All this puts strain on your MicroUSB port which is one of the most common points of failure on your mobile device.

At least, that is the way it used to be, but thanks to mobile devices that support the Qi wireless technology you can actually charge a cell phone by simply placing it on charging stand and it will fully charge the battery without having to plug it in. Itian’s A6 Wireless Charging Stand is a fantastic example that uses this technology.

Itian designed the A6 to charge a wide range of mobile devices like smart phones and tablets. This includes the Samsung smart phones S3, S4, S5 and Note 3; it also works with the Nexus 4, Nexus 5 and Nexus 7. For the Apple iPhone users it is also compatible with the iPhone 5, 5s and 5c. It also works with cell phones from HTC, Nokia and LG including the G2 and G3 which has been known to be difficult to get a full charge from other wireless chargers. (in some cases you’ll have to add a wireless charging receiver inside the phone or it’s case – at worst you might have to add a replacement back to the phone that includes the receiver)

The simple one piece design of the charging stand comes in handy when you need a quick charge and still be able to use your phone or tablet. Along with the 3 embedded coils for wireless charging, Itian design is at a useful angle so that you can easily charge your device while keeping it at a comfortable viewing angle.

Nothing could be simpler to use than the Itian A6 Wireless Charging Stand. Just find a place on table that is near an outlet so that you can plug in the included AC power adapter, plug in the power cord into the cradle and you are ready to start charging your device. The wireless power will even penetrate directly through phone cases like the ones from Otter box.

The A6 wireless charging stand is capable of charging all compatible smart phones and tablets. The internal circuitry converts the power from AC adapter and intelligently delivers the needed 5v and 1A DC power to your mobile device.

Charging a cell phone or tablet can be very inconvenient because many of the charging cables that come with phones have short cables and the cables usually end up falling behind your desk or nightstand. The Itian A6 Wireless Charging Stand can eliminate these annoyances. It comes in three stylish colors, white, blue and black.

With so many choices on the market to choose from ranging from high priced devices to simple cheap pags – the Itian A6 Wireless Charging Stand is instead similar to the TYLT VU wireless charger but at less than half the price!

The Itian A6 is a great value while still delivering all of the style and the power you need to quickly recharge your cell phone or tablet.  Perhaps the best charging stand available today.