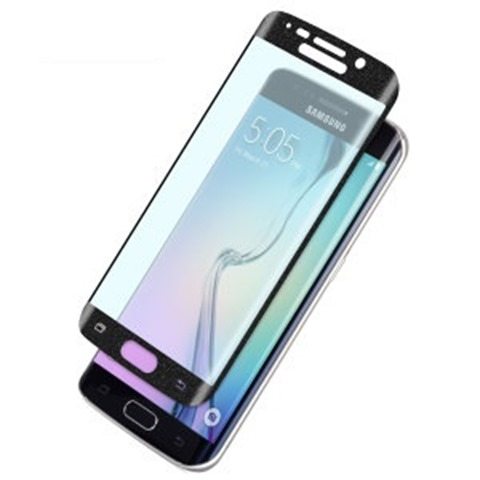 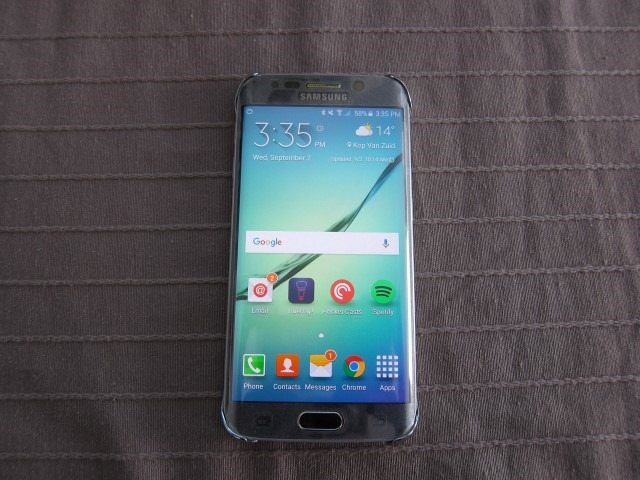 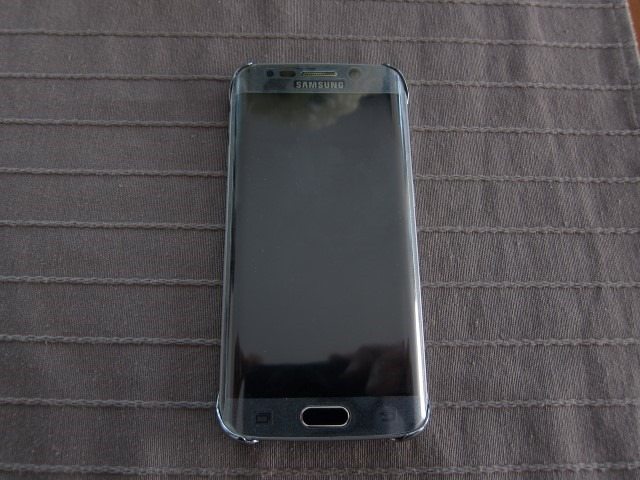 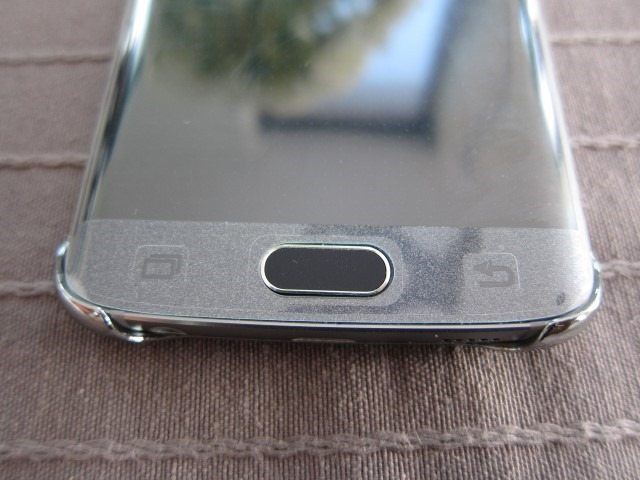 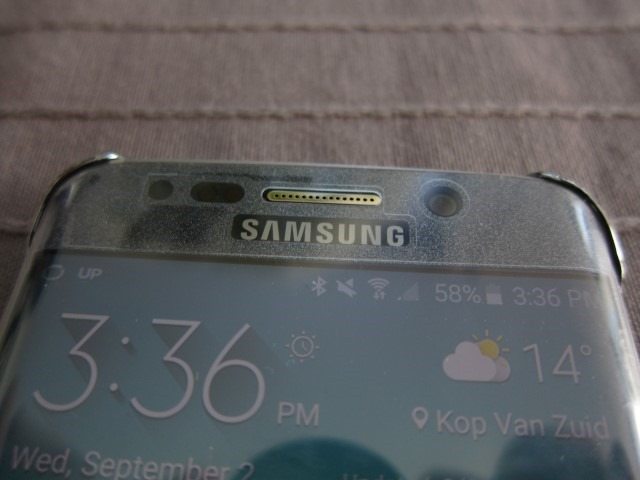 With glass screen protectors, however, it’s a totally different story: getting a sheet of glass to curve, be durable yet thin, all while being able to stick to the edges has been extremely difficult for manufacturers to achieve.  The result has been months of delays after the launch of S6 edge and even so there’s a catch: the upper and lower parts of these screen protectors aren’t completely clear like the rest of the unit, but are  either done in a single color like  Green, Gold, Black and or a frosted finish that’s marketed as “clear.” Strangely all manufacturer seem to have a Black model and not dark Blue that matches the exact color of the dark (Blue) S6 edge. The “clear “model isn’t clear either, but rather has a frosted or glittery finish. The reason for the lack of a completely clear sheet of glass is simply to hide the extra heavy adhesive that’s needed to keep it all attached to the screen, as first generation curved glass screen protectors simply had trouble sticking to the curvy S6 edge, which in turn also meant a huge impact on touch-sensitivity. 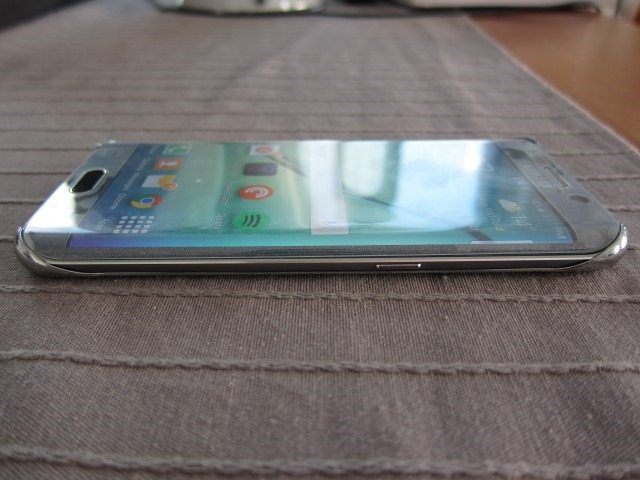 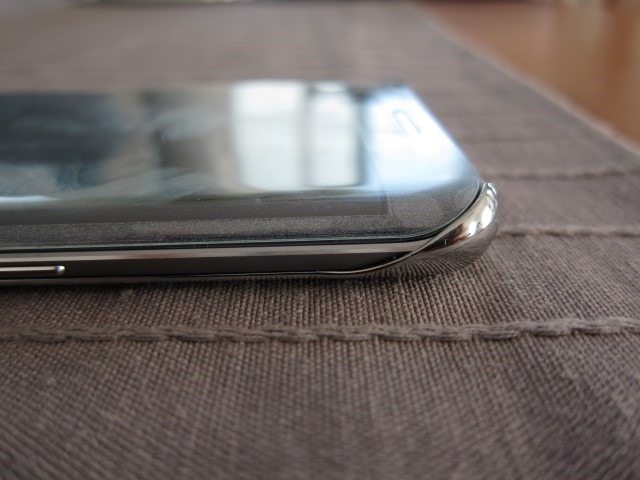 The Olixar Samsung Galaxy S6 Edge Curved Glass Screen Protector follows this exact recipe. It’s a 2nd gen curved glass screen protector that should stick better than 1st gen samples and is also available in Black, Green and frosted, but strangely lacks a Gold version. With prices around $50 it’s also quite an expensive proposition, costing as much a Clear View Cover for the S6 edge. We got the “frosted” model which has a clear screen area, except for the top, bottom and y curved edges where it has a frosted look in combination with sparkly bits. 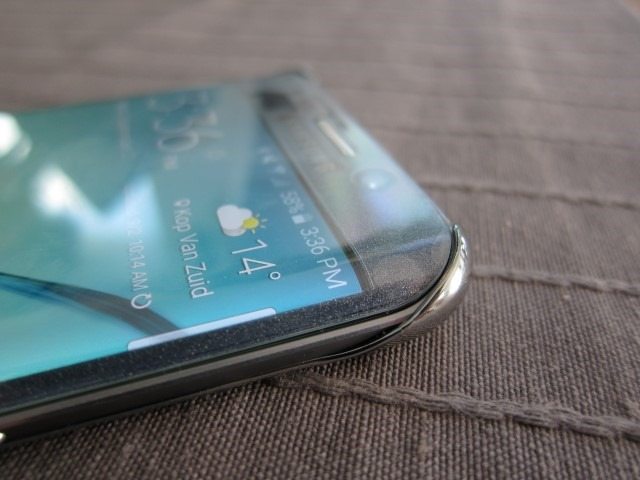 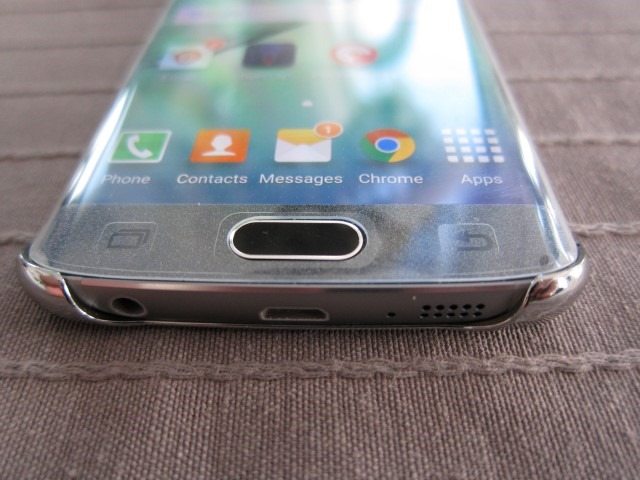 My initial impression was that the glittery bits would make the phone look cheap, but that the overall color and look would be minimally affected. Considering my previous experiences with glass screen protectors, I didn’t expect any negative effects when it comes to loss of touch-sensitivity. One are of concern where the cut-out areas for the home button, speaker, but also the front camera, notification light and sensors, as well as the back and multi-task button. All of these areas had a visible line around them, as if these where later baked into the screen protector, detracting from the overall look. Due to these lines, the back and multi-tasking button areas actually look like clear stickers attached to the screen protector. 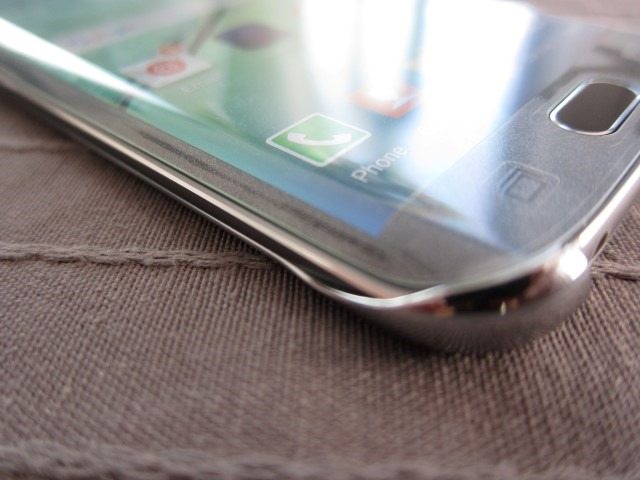 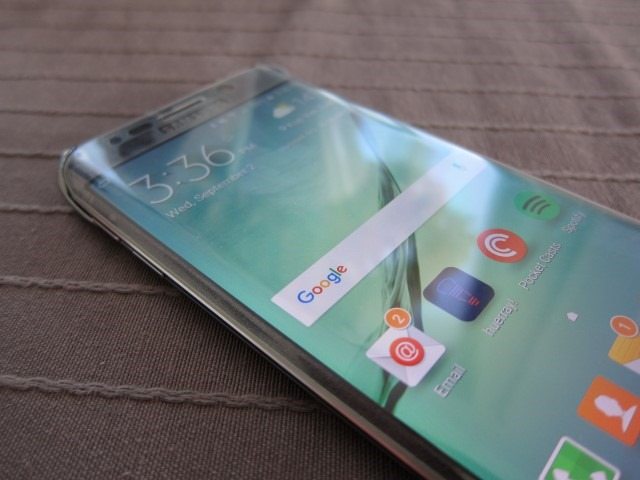 Placement of the screen protector was actually even easier than standard flat glass screen protectors as the overall shape almost guides itself into place. The overall fit was very precise, even around and near the edges. To my surprise it changed the dark Blue-ish color of my S6 edge (which is so dark it looks like Black) into a light Grey color. When a screen protector is marketed as clear or frosted, the last thing you’d expect is such a dramatic change in color, which is a huge negative. The amount of adhesion was good and as a result the screen protector never came loose. One thing I did notice however was a dramatic loss of touch sensitivity near the top corners and overall touch sensitivity towards the center of the screen was also reduced.

On a positive note, it did add the extra protection you don’t get from a standard screen protector and lacked the friction and sticky sensation you get with some models. Overall clarity wasn’t affected too much when the screen is on and the overall fit near the edges was perfect.

Simply put, current gen curved glass screen protectors aren’t there yet. It almost feels like they’re cheating by adding the colored or frosted top/bottom to hide the adhesive material. And I’m not a fan on how it’s able to completely change the color from a dark Blue to light Grey. Perhaps the most annoying part is that touch-sensitivity is affected and near the corners almost non-existent. The lines around certain areas and parts also detract from the overall design. If you do want one of these my advice would be to get one in a matching color and skip the frosted unit. Just be aware that overall touch-sensitivity will be affected.  The frosted Olixar Samsung Galaxy S6 Edge Curved Glass Screen Protector gets a 5.5 out of 10.

The fit and cut outs are perfect

Changes color of the phone

No gold version, available in Black and not Dark Blue

Lines around various parts detract from the overall look