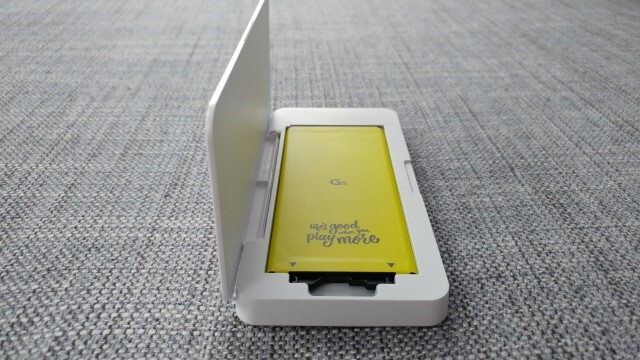 Every now and then a manufacturer releases an accessory that’s pure genius and you’d be surprised that in this case it’s a battery charger, the LG G5’s BC-5100 Charging Cradle two be exact. While we’ve seen many battery chargers here at Gadgetnutz, this one is different. It’s actually two devices in one: a battery charger that can charge the LG G5’s BL-42D1F battery, separately from the phone. 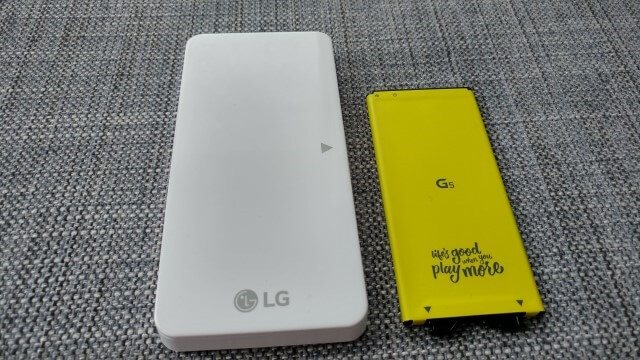 But it doesn’t stop there: it can also use its include spare battery to turn the unit into a portable battery that can charge the G5. Basically the idea is that you would charge the spare battery inside the cradle and later on connect the unit with a USB cable to the G5 to charge it. Most conveniently is of course just swapping the batteries. In that case I never have to wait for the G5 to charge, despite it supporting Quick Charge 3.0. It’s simply a matter of turning the phone off, swapping batteries and turning it back on, which shouldn’t take more than a minute. 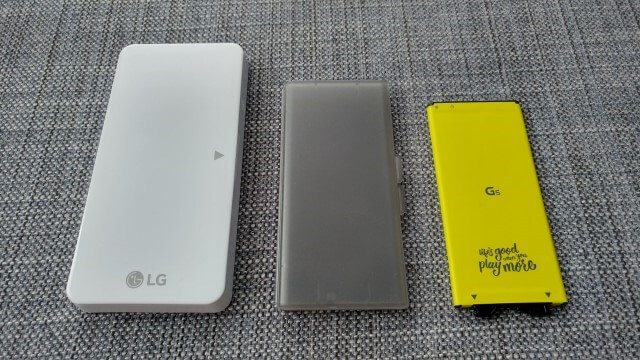 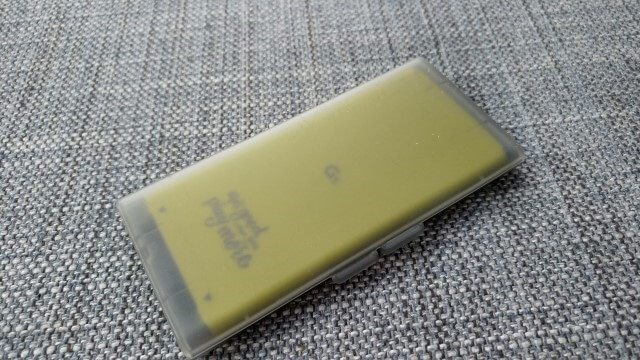 As an added bonus, LG also included a battery case, protecting that spare battery when on the move. This provides for a smaller and more convenient package to carry around, as opposed to taking the bulkier cradle .

With a suggested retail price of about $40 or 40 euros, it’s a steal considering the BL-42D1F battery costs about the same. 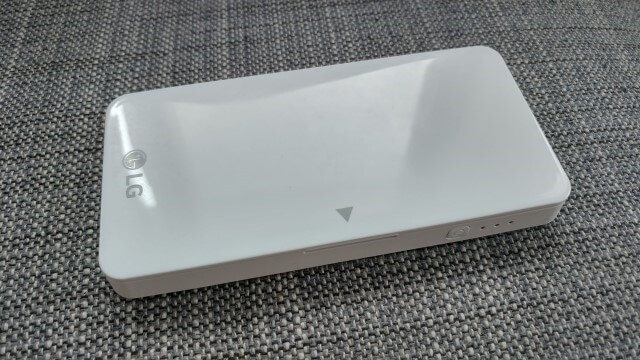 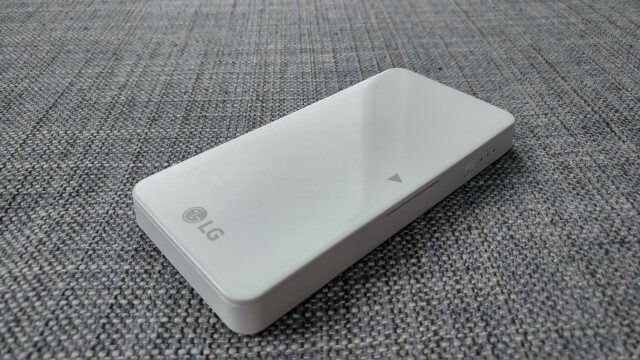 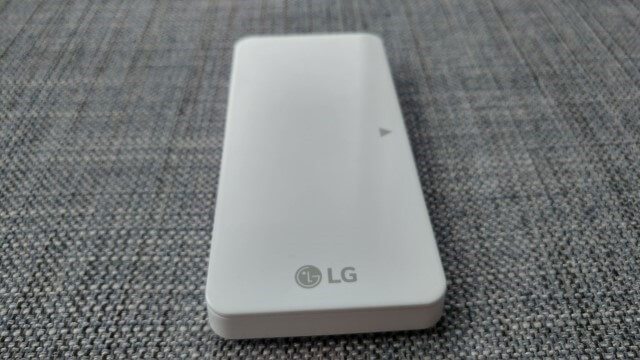 The cradle itself is glossy White and comes with a spare battery and the battery case. No cable is included as LG expects you to use your G5’s included cable. The unit has a hinged opening that opens sideways and there’s also a handy slot that makes opening of this flap easier. 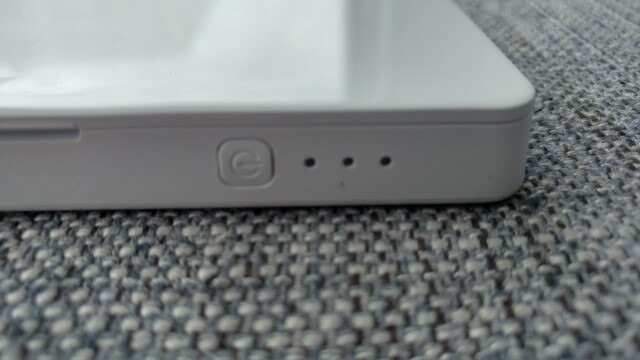 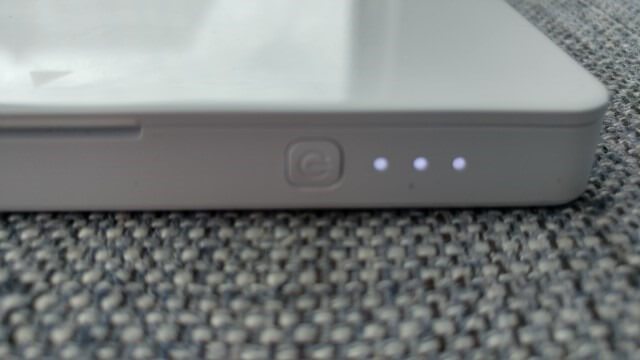 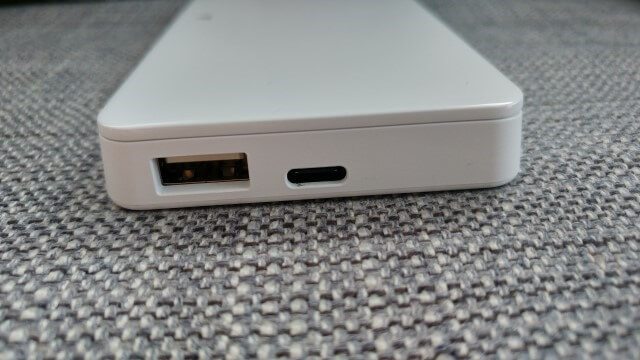 On the front there’s a full-size USB port (out) used to charge the G5 or just about any device you can think of that uses a standard USB. There’s a USB type C port (in) used when charging the battery inside the cradle. On the flap there’s an “LG” logo and a triangle indicating where to open the unit. LG has wisely chosen to go for a matte finish on the underside of the unit which is also heavy enough to stay in place, without needing rubber feet. 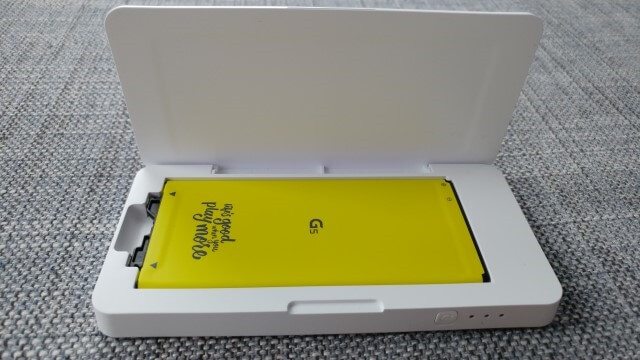 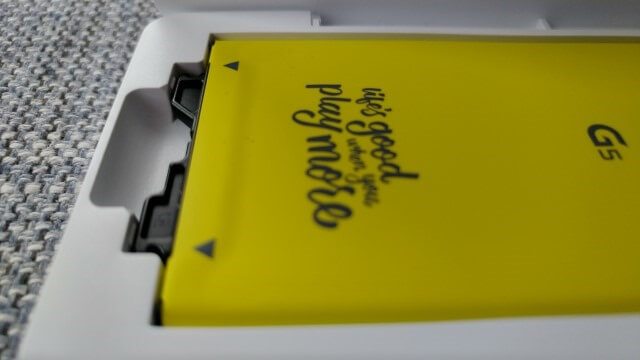 While the G5 supports Quick Charge 3.0 that uses the 9V/1.8A specs, according to LG, this unit charges using the 5V/1.8A specs, making it slower than the charging via the phone itself. Charging the battery via the unit wasn’t by any means slow, but it simply wasn’t able to keep up with the crazy speeds you when charging the battery inside the phone. While we would have loved to see Quick Charge 3.0 support, this shouldn’t be much of a problem for the majority of buyers out there. Most users will simply end up putting the fully charged battery in the phone and would be in less of a hurry to charge the spare battery when compared to having just one battery and quickly needing to leave home. The unit itself can power/charge devices at a much slower 5V/1.2A, which is why we wouldn’t recommend this feature, unless you really need the power. Just be prepared for your devices to be charged at a very slow pace. The G5’s 2,800mAh battery isn’t the biggest we’ve seen either, so don’t expect to charge your devices to 100%. 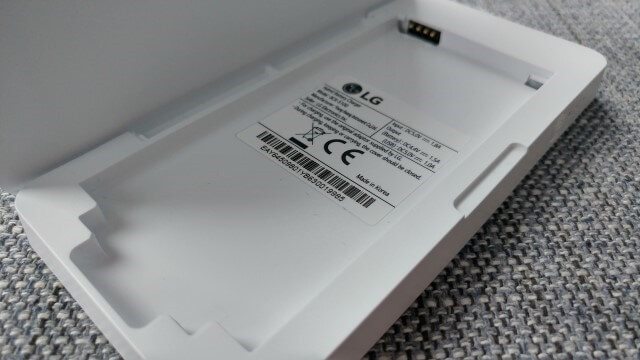 The BC-5100 does what it’s been designed for and does it really well: it provides a way to charge a second battery without ever needing to have your phone plugged in to charge. We loved that it comes with a spare battery all at the price of the standalone battery, making it a very good deal. It won’t charge at Quick Charge 3.0 but not many users will miss this. It even doubles as an external battery, but judging by the 2,800mAh and it’s inability to charge external at fast speeds, we doubt this is a feature you will use a lot. Simply put, if you own the G5, you need this accessory. It get a 10 out of 10.