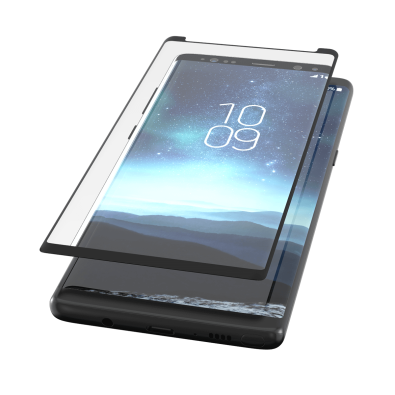 The benefits of glass screen protectors over the regular variant are obvious: easier to apply, offer more protection, smoother when interacting with the screen and will generally last longer. As screens got larger, glass screen protectors provided a relatively cheap and easy-to-apply solution that provided plenty of protection. All was good in the smartphone world, until curved displays were introduced. Since then manufacturers have been having a tough time finding a way to produce these pieces of curved glass at a low price. The curve display also wreaked havoc on these screen protectors: the curved edges simply did not stick very well to the screen and touch responsiveness suffered dramatically, especially near the edges. Personally, one of the most annoying part of many of these screen protectors was trying to quickly type on an unresponsive screen and having to apply extra pressure. As a result many turned to regular screen protectors on curved displays. 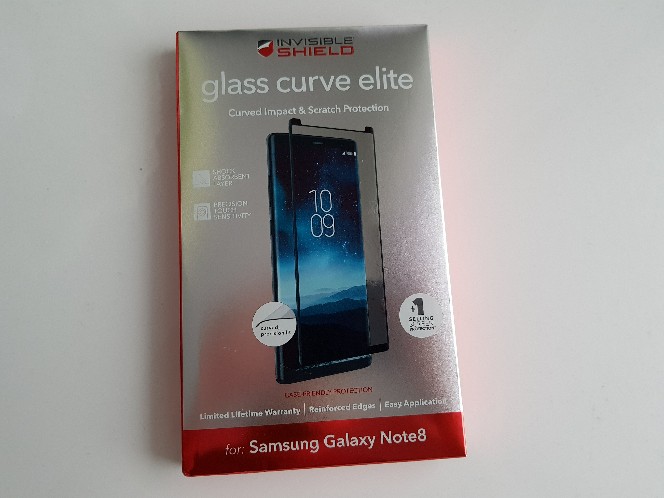 So when I heard of Zagg’s InvisibleShield Glass Curve Elite series and the possibility that they could have finally cracked the code, I immediately wanted to give a try on my Note8.

The Glass Curve Elite series main feature is a full-screen geld-based adhesive that preserves touch sensitivity. They also added a shock absorbing layer that is supposed to prevent the actual screen from shattering and it’s supposed to be more scratch resistant. The upper layer also a fingerprint/smudge resistant finish and is supposed to give a you a smoother feel. The $50 price will however be hard to swallow for many and is probably the most expensive screen protector I have ever seen. On the plus side Zagg is backing it up with a limited lifetime warranty that entitle you to a free replacement if it becomes damaged or worn. 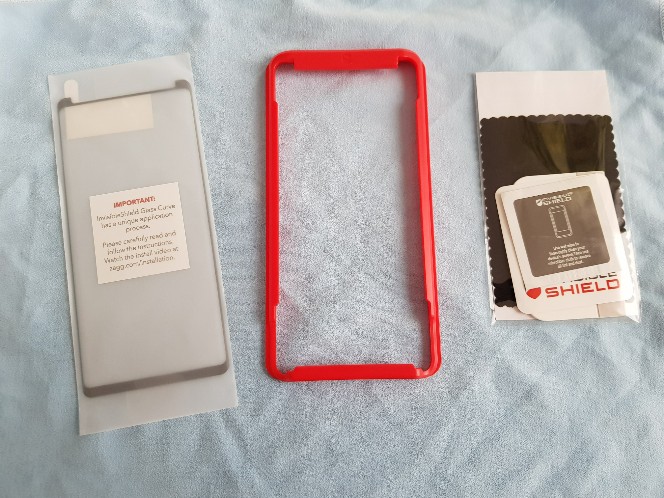 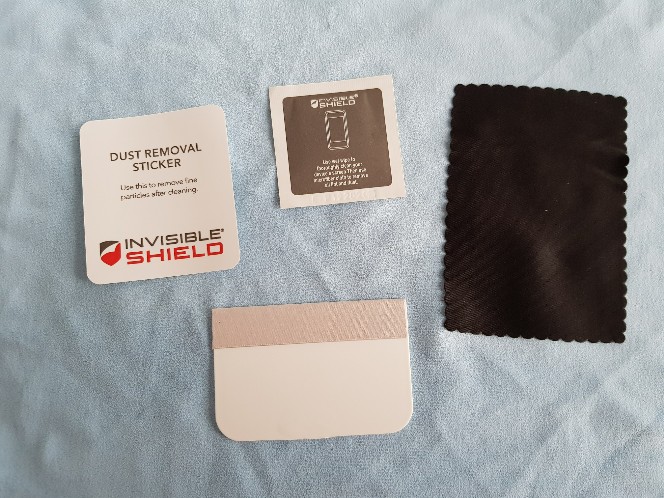 When you open the package, the first thing that you’ll notice is the sheer amount of stuff that’s included: the screen protector itself, the EZ Apply tray, instructions, microfiber cloth, cleaning wipes, dust removal sticker and a tool to squeeze out bubbles. Upon closer inspection of the screen protector itself it became clear that it’s different from anything we’ve seen before as it’s made out of a softer and more flexible material compared to regular screen protectors. Due to its softer and more flexible nature it makes sense that they are marketing it as being shockabsorband.
Installation is pretty straightforward and similar to other glass screen protector, but no matter how many times you do this, it always remains a nerve-wracking experience, even with a tray included. One cause of confusion was the fact that the tray pictured in the instructions was different from the one that was included. Presumably these instructions were created when they included a different tray. Zagg really should update their instructions as this can lead to confusion and in my case it did. 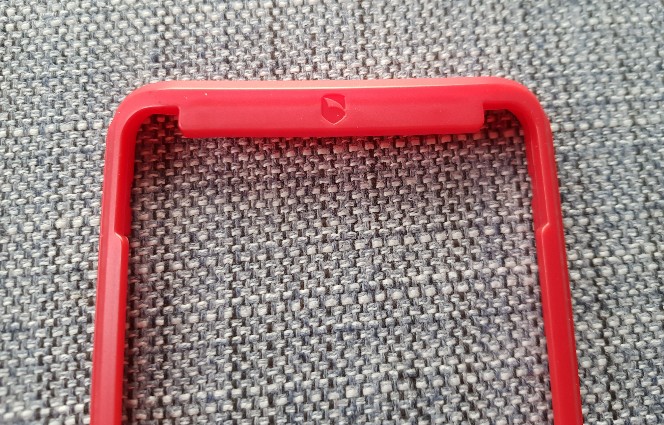 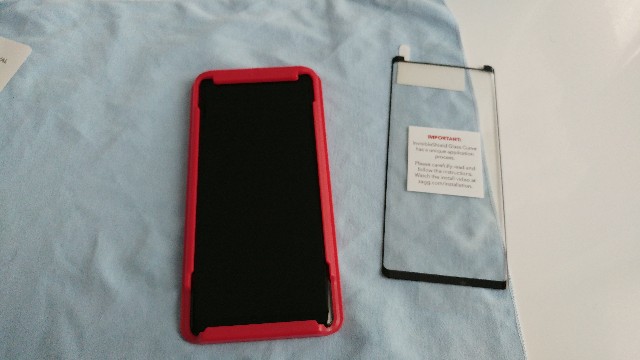 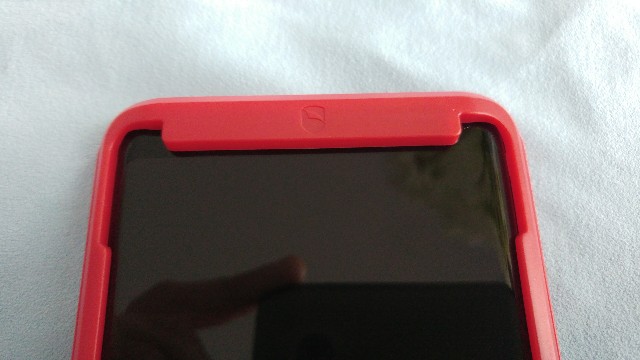 Speaking of the EZ Apply tray, they included the latest iteration where it sticks up in the middle, while older version actually had a cut-out. With the new version, when you apply the adhesive side you still have to remove the top protective material that has two flaps that stick out. Due to the lack of a cut-out, the tray gets in the way. Because of this you have to hold the screen protector in the middle and try to remove the tray. Because the screen protector is already stuck in the middle there is no danger of it moving, but the simple act of just trying to remove the tray can introduce dust and other particles. Zagg should really consider going back to the older design that has a cut-out in the middle for the flaps of the upper protective layer to rest and to make removal of the tray much easier. 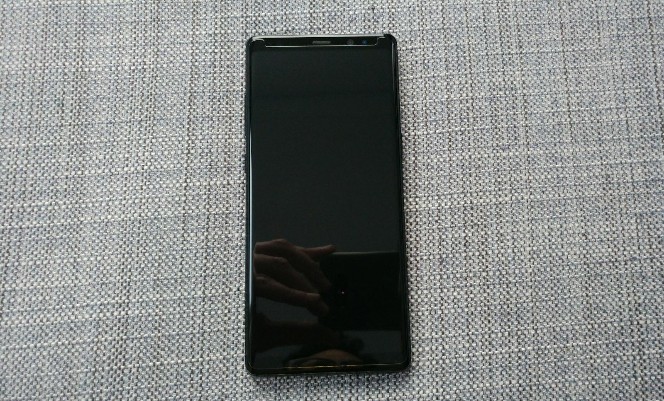 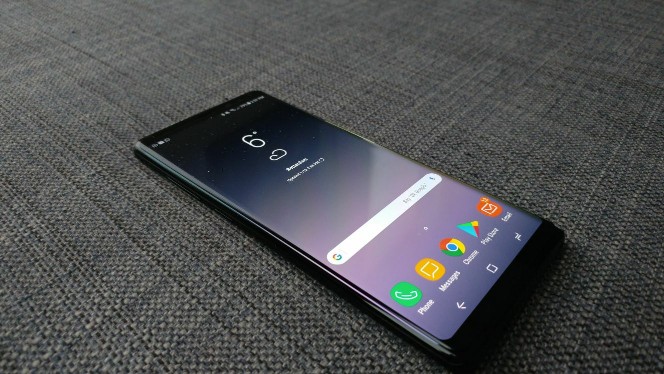 My first two tries didn’t go so well. The installation itself was just fine, but my first sample’s upper edges simply did not stick. My second try didn’t have this problem, but touch sensitivity suffered dramatically to the point where it was unusable. Not willing to give up and hoping that we just got two bad samples, Zagg send me replacement where again installation went just fine. 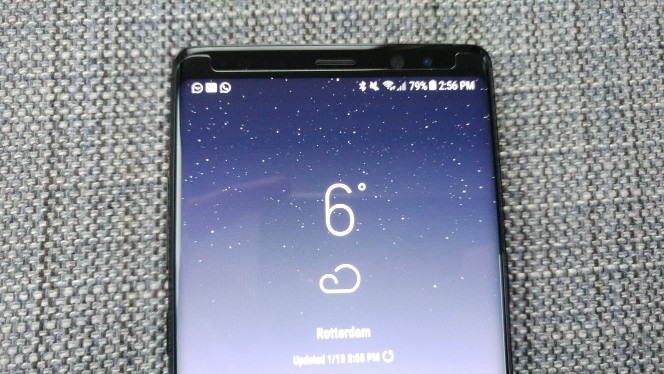 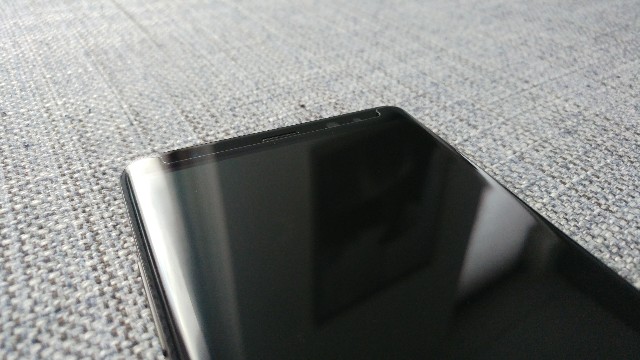 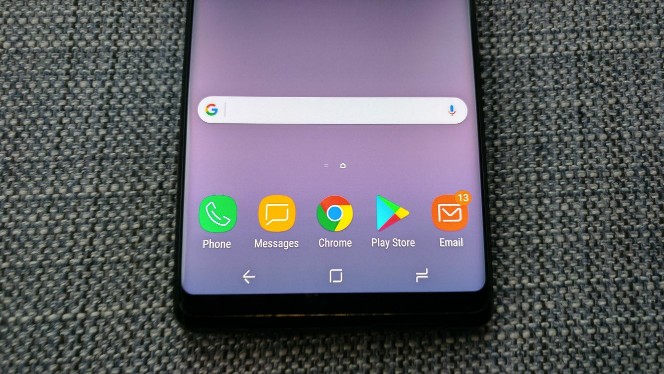 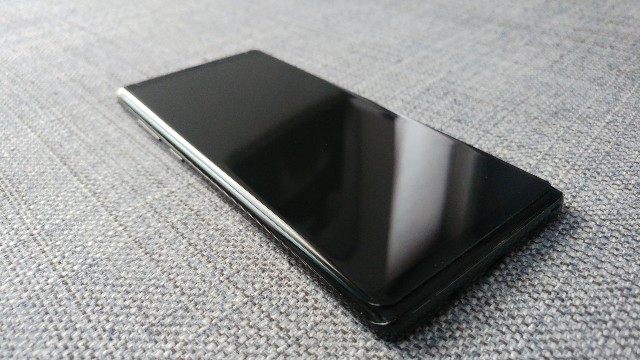 After letting it set a few hours touch sensitivity was perfect, similar to not having a screen protector. I also noticed that my fingers easily glided across the screen with little friction, in fact I think this improves on the actual screen which has more friction. This same coating seems to hide smudges and fingerprints quite effectively. Due it soft nature the screen protector also seems to prevent minor scratches quite effectively. Screen clarity wasn’t affected in any way. 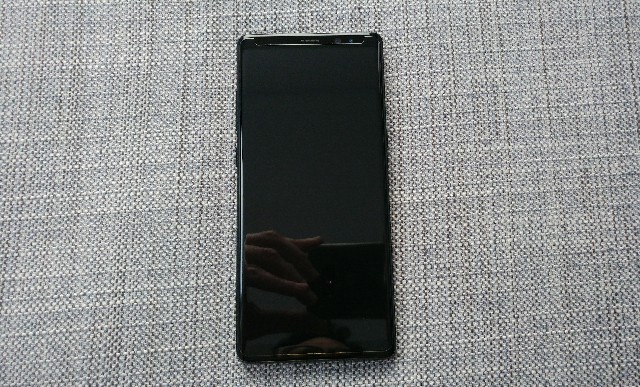 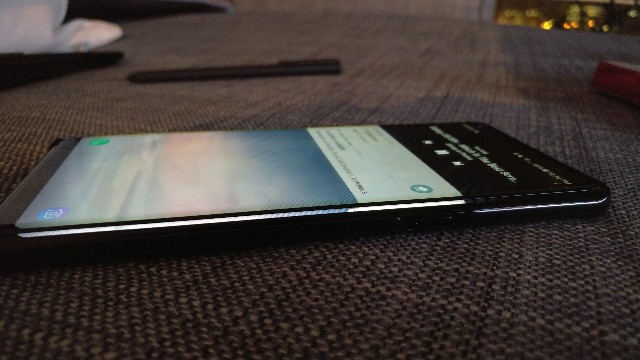 While the screen curves and covers a great deal of the edge, for some reason it doesn’t cover it fully. It doesn’t leave any usable screen space uncovered and can only be seen when you look closely. However we feel that Zagg really should have covered the edge screen completely.

In conclusion, the Zagg’s InvisibleShield Glass Curve Elite is expensive, but is easily one of the best and one of few glass screen protectors that covers the curve and doesn’t affect touch sensitivity. We also liked the fact that your finger simply glides across the surface and it effectively prevents most fingerprints and smudges. The fact that we did get two faulty units is a cause for concern, but luckily the product is backed up by a limited lifetime warranty. While the screen protector covers most of the edge, a very thin strip remains uncovered. Zagg really should have designed the unit to cover the edges completely and is something we would like to see in the future. The Zagg’s InvisibleShield Glass Curve Elite gets an 8 out of 10.