ZOMG! AMAZE-BALLS! Microsoft’s XBox’s Gamepass Cloud Gaming is the real deal. That is the text message going around en masse lately due to the fact that they, Microsoft, really, no really-really, pulled it off. This isn’t the empty promise of Google’s Stadia, Amazon’s still-born Luna, or Sony’s mediocre PS Plus; no, this is the fulfillment of the cloud-gaming promise. While not perfect (yet), Microsoft has managed to put into place the most effective system of cloud based gaming that includes cross-saves, multiple platform entry points, and with a real library of games. Seriously, Microsoft is upping the ante in the game-streaming wars.

UPDATE: XBox Cloud Gaming is now available on Windows 10 PCs and Apple phones & tablets via a browser to anyone with XBox GamePass Ultimate. ( Access from the URL https://xbox.com/play )

Stadia, which seems like a good idea on paper, comes along with a monthly fee, but the consumer has to buy the games while still maintaining the subscription. In itself, this could be considered a non-starter for most. Making matters worse for Google’s attempt is that it requires a custom controller; no off-the-shelf controller for you sir/ma’am.  The library, while not miniscule, is not exactly comparable to what XBox is offering. Then comparing prices against Steam, they’re charging $30 for a five dollar game (Assassin’s Creed Origins). Look, I’m quite fond of Google, but this isn’t going to cut it. 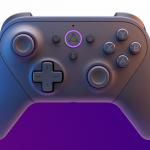 Then there is the oft-ignored Luna. I don’t even know where to begin here. Oh, wait. I know! How about a library of games that makes Stadia’s look impressive! Yeah, it’s barren, even when including the Ubisoft subscription on top of the Amazon Luna subscription, and we don’t even know what the REAL subscription price is yet. They do have the bonus of supporting off-the-shelf controllers, like an XBox or PlayStation controller. Bully for them. Too bad you can’t use android with it. What I find more disturbing is the complete lack of buzz about the service. Without gamers getting excited about it, Amazon has a steeper mountain to climb. Good luck Luna, you’re gonna need it.

This brings us to Sony’s PS+. In the console gaming world they’re the five hundred pound gorilla. The king. Top dog. They are the final boss. They are asleep at the wheel. For a company that has so much to offer, they are surprisingly less than anticipitory in this endeaver. Their service requires a PS4 (or PS5, if you’re lucky enough to find one), a subscription, and you get to stream PS3 titles. Quick! Someone get me some medical…  Yeah, no. Not excited at all. Now that I’m done badmouthing the system, the potential is there. Sony could turn this around in a heart beat. Just the PS1 and PS2 titles being added could turn that library into something amazing. It’s a simple matter of if, and when, they decide to open the flood gates. Keep in mind that there has been some recent corporate level activity between Sony and Netflix regarding game streaming, but it’s too early to tell how inclusive or massive it will be. Regardless, PS Plus is lackluster for now; however, the service could really open up when Sony decides to get into the game.

This brings us to the xCloud (former name) and XBox Cloud Gaming. A nice branded name for XBox over the internet. The entire XBox library isn’t available yet, but the sampling that is available outnumbers what the competition has to offer. Further still, all first party titles will be available on the service “day in date” (available simultaneously upon release) with many third parties opting into the service as well. The volume of games is growing exponentially on a weekly basis with more titles being added in what seems to be a deluge of games. At this juncture, the upper end of the subscription options even includes EA’s “EA Play.” While I would suggest using an XBox controller (even previous generation versions will suffice), may titles have on-screen inputs (virtual thumbstick, directional pad, buttons). This service’s quality, while being in beta for approximately a year, is still in it’s early stages, as is all of the game streaming services. What’s more, it’s rumored that Samsung is working in conjunction with Microsoft to include the app on their upcoming TV’s (this also indicates bluetooth availability on those models too). 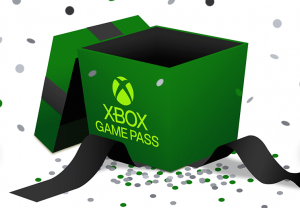 Game streaming is the new wild-west, and, so far, it seems that Microsoft is coming with a Gatling Gun to face off with contenders that are all using six-shooters. Amazon’s Luna seems to be stuck in beta, with no real indication of how many titles will be offered. Google’s Stadia is already showing signs of market withdrawal (lessening the cost to developers, opting to invest less into first party titles, etc). Then, Sony, for their part, have played their hand so close to their chests that even a Netflix deal has been met with very little excitement. As it stands, Microsoft’s XBox Cloud Gaming is the only service that has an online library worth discussing, availability on more platforms (XBoxOne/Series SX/Android/Apple), and an interface that is familiar and functional (nearly identical to an actual XBox). Maybe they should change their slogan from “Only on XBox” to “Only XBox on Everything.” Right now, it may be one breakthrough service, but that is all that’s needed to open the floodgates. Yeah, it’s time to get excited about cloud gaming.

Like Valve’s Steam Link service wouldn’t get a mention? Of course it would. It must be stated, however, that this service does not directly compare with the others. Seriously, it’s like comparing apples to penguins; Steam’s answer is literately the exact opposite of “cloud gaming.” First, it’s a free service, and not a subscription model. Secondly, your PC is the infrastructure; Valve is not running a blade server loaded up with every game on Steam ready for subscription access. This isn’t just different, it’s wholesale different. The games available through this service are based on what you have installed on your PC(or PC’s!). Valve is providing the infrastructure to allow you to connect to your PC via an app (or a Steam Link, if you still have the device). This model is really attractive since there is no subscription fee, has had time to actually mature the technology, and the entry cost is simply having the Steam application on your PC. While I would love nothing more than to review the upcoming Steam Deck hardware(looks awesome by the way), almost any phone or tablet will allow gamers to play their favorite Steam titles on the go. Thus, Steam Link as a service, not the device, still doesn’t directly compare to services for cloud-gaming, but, by using a completely different approach, fills the same need. Steam Link doesn’t compare because it doesn’t have to.

For more information about all of the services mentioned, please visit their respective sites:

All logos are copyright to their respective owners.