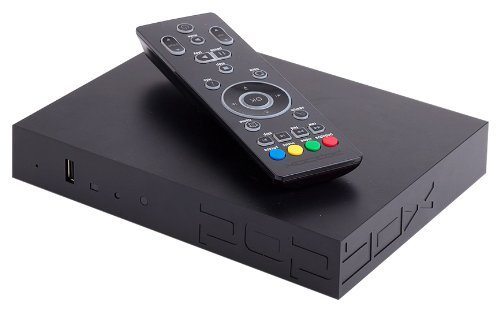 This magic little media box has gotten a mixed bag of reviews all over the internet, some scathing and others touting the device as the second coming of sliced bread.  There are reviews that range from chronological box-opening experiences to a simple bashing of the technical components. This is not so unique a phenomena as it is a result of converging technologies.  A convergence technology by it’s very nature will have overlap, create problems in audience targeting, and are prone to a general marketing meltdown.  In the most simple terms, the Popbox is a set-top box media player for modern HDTV‘s, a budget media player, and an internet streaming media player.  Reviewing this device is a challenge, since it really feels like a bridge technology–a device who’s functionality will be drawn into other devices as the needs of the entertainment market evolve and change.

Just like any other good bridge technology, the Popbox draws it’s functionality from previous separate technologies bringing them together into a consumer device of sorts.  Very specifically, this is a device to play high definition video files in a number of different formats on an HDTV, and only on display devices that take HDMI or component video input.   The root of the device’s conception is to play your various media formats either over your home network or from portable devices (SD Cards, pen drives, etc).   This is  where the device excels, as it supports a large number of formats, codecs, and even some legally gray area file types (examples:  DivX, MKV, H.264, ISO, XVID).  With two USB ports and an SD Card slot, the Popbox is ready to play almost any video from any portable device.  Subtitle fans will likely sing the praises of this device, due to the rather nifty subtitle controls for those nasty soft-sub matroska files allowing one to move the text around the video display area.  The video output is very good, though not as breathtaking as the first time blueray is used.  Sound quality is also good, though not exceptional.  As a video player, at the given MSRP, the POPBox is really not bad at all; however, things get a little wacky when the Popbox meets the need for networking…

Features at a Glance

The Popbox is supposed to be a media player (show pictures, play music, and play movies), and they are trying to bring it to market at the most affordable price possible.  Unfortunately, the goal has left a few features victimized in the process.  Most notably,  networking.   Right out of the box, and no WiFi.  This simple omission injects a big dose of reality into a device that otherwise shines.  Does this mean a trip to the store to look for an adapter to allow for a WIFI connection?  Nope, they sell their own, and at about twenty dollars.  Still, it has to make a person wonder why they didn‘t just pack it in the box to begin with, since the Popbox is supposed to be connected to a television and that most users would prefer wireless.  Making matters worse is their WiFi dongle utilizes one of the two USB ports.  Another victim is the amount of copper used in the far-to-short power cord, which might be four foot long at best.  An HDMI cable is also included, but it too is also not really long enough to make installation any less of a chore.  Still, at $130 (MSRP), these are issues that can be overlooked for the tiny media player.

With the obvious drawbacks set aside, they have an app store and several apps that play streaming videos from the internet, like a custom YouTube application.  It’s missing Netflix and some of the other big names, but overall it’s not horrible.  The Media Library “homepage” from the user interface can be a bit misleading, since it displays movies that aren’t easily accessible if you haven‘t pre-loaded them onto another networked device.  Again, the networking issue applies here–buy the $20 “dongle“ or run Ethernet to your television.  Also, while the user interface is a bit generic, it does get the job done for anyone with even a minimal knowledge of using other interfaces, such as a smart phone or gaming console.  The “Apps” that are available for the device can be downloaded and installed in a fashion similar to that of and Android device, and most are of no cost.  If the new owner of a Popbox happens to have a wired network, or have shelled out the extra twenty bucks, the network configuration is also relatively simple to set up with little or no fuss.  Overall, the user interface is sufficient, just nothing spectacular.

This brings us to the bottom line; the device, despite the  mix of shortcomings of which the Popbox suffers, is definitely a value minded way to replace a dated media-PC on the cheap.  Built-in “smart” televisions are slightly less than desirable, game consoles treat media as a bullet point, and solid-state media-PC’s suffer from a higher than required price tag.  Video functionality has been added to everything from your cell-phone to your car, and they support Hulu and Netflix.  There is work to be done to the POPBox service; fortunately, the hardware for sale now should work with these other services at some point.  Finally, the Popbox is under active development, so the user can expect continuous firmware updates and revisions into the future.

The Popbox is currently running at an MSRP of $130 – $150 (without and with the USB wireless dongle) which, again, is far less expensive than a media PC.

On a side note, I would personally like to add that I like the PopBox very much and am happy to see a new revision coming down the pipeline from the developer.  Also, while I pointed out some rather important shortcomings, the overall experience with the PopBox has been great.  We have rooms in our home that neither have cable or good reception, but the PopBox makes those rooms entertainment ready.  Any device will have shortcomings, and the PopBox is no different.  There are several set-top multimedia devices available, and each of us, as a consumer, owe it to ourselves to get an idea of what we want out of the device before making a purchase.  Unlike DVD players (or even VHS!), the capabilities of all the set-tops (including the PopBox) vary wildly from one device to another, so the key is simply to know what you, as a consumer, are looking for in digital entertainment.