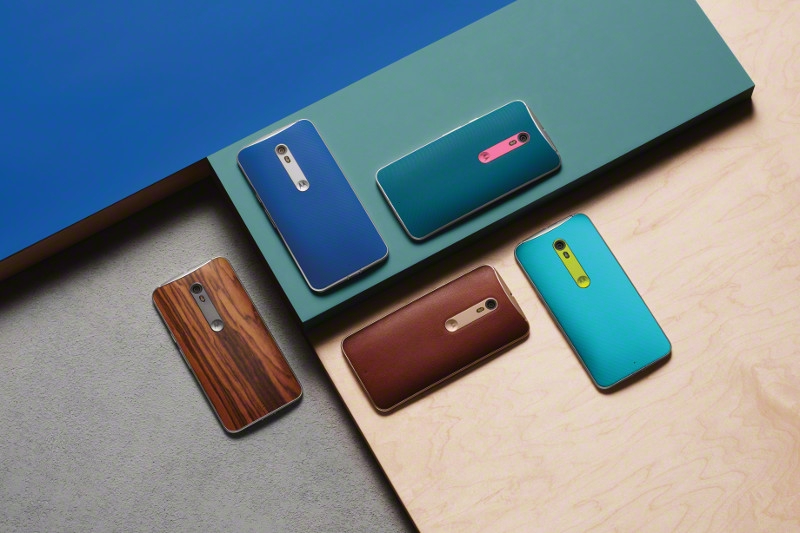 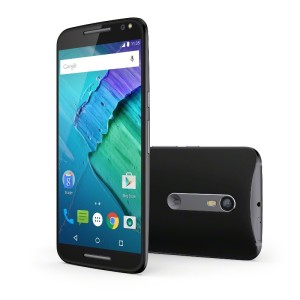 Motorola, since it’s days as a Google company, has been a company that seeks to offer a unique and enjoyable near-pure Android experience to their customers without over-focusing on high end flagship phone specifications. They have continued this tradition from the very first Moto X.  Moto X Pure Edition is the latest addition to their lineup of smartphones and it comes along with a wide range of impressive features. In other words, you can find a large display and a powerful processor in Moto X Pure Edition and it is the very first Moto X to be produced under the supervision of Lenovo.

Design
The overall design of Moto X Pure Edition is similar to its predecessor. If you take a closer look, you will be able to discover some minor changes in the design. Out of these changes, size holds a prominent place. The first Moto X came along with a 4.7 inch display and it was known as an easy to hold smartphone. However, they have included a massive 5.7 inch screen in Moto X Pure Edition. Even though Motorola has increased the display size by one inch, you will not feel any issues when holding this smartphone because of the super slim bezel. The curved back contributes a lot towards making the new size comfortable in your hand as well. You should not have any discomfort when using this smartphone with one hand.
The new Moto X Pure Edition is made out of high quality materials. It consists of an all-metal frame that delivers a substantial feel and look. The best thing about this smartphone is that you are provided with the ability to customize almost all the parts of it. You can go for a leather or wood back, choice of color for the front and accent – all depending on your desires. In an age where many of the smartphone manufacturers limit you to their two color choices – this is a welcome move to allowing personalization direct from the factory.
The signature Motorola dimple can be found in the rear side of Moto X Pure Edition as well. This dimple is encased in a metallic strip along with the LED flash and camera. The overall dimensions of this simple are smaller when compared to the predecessor and users have found it more comfortable. 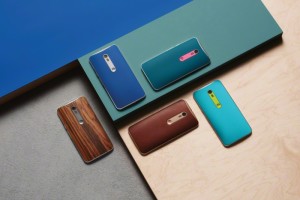 Display
The Moto X Pure Edition has a bigger 5.7 inch screen that offers an impressive screen resolution of 2560*1440. However, the display is not AMOLED like its predecessor. It consists of a TFT display and Motorola has included an exciting feature named Moto Display to it, which has enhanced the picture quality. Moreover, this phone offers excellent viewing angles to the users with bright and beautiful colors. You can even get a better view of the screen under direct sunlight.

Performance
The developers at Motorola have included a Snapdragon 808 processor in this smartphone. It is paired with 3GB of RAM, which makes this an ideal phone available for high end gaming and multitasking. You will not feel any performance issues when using this phone on daily basis.

Hardware
You can find the standard connectivity options in Moto X Pure Edition smartphone, which include LTE. NFC, GPS, Bluetooth and of course, Wi-Fi. This phone is compatible with all the LTE bands and you will be able to experience the services offers by the four major carriers in United States. You can purchase this smartphone in 16GB, 32GB and 64GB storage variants. If you want additional storage space, you can expand the memory using a micro SD card. Moto X Pure Edition is compatible with micro SD cards up to 128GB. The micro SD card slot is located near the SIM card slot at the top of this phone. You can see front facing speakers in this smartphone, which offers a better sound quality. They delivered clean and rich sounds without distortion in our tests. Finally we are disappointed that the Moto X Pure Edition lacks a fingerprint sensor – especially since Google just launched Android Pay where this would have been particularly useful.

Battery Life
Sadly, the battery life of Moto X Pure Edition is not that impressive. Even though Motorola has included a hefty 3300mAh battery, the developers have failed to optimize the hardware and software components in order to deliver a better battery life. You might find it a hard task to get through an entire day with a fully charged battery. But if you can manage it, or if you have a power bank, you will not find any issues with the battery life. Moto X Pure Edition is not compatible with wireless chargers. Fortunately, they have included quick/Turbo Boost charging to impress the users. It will only take about 75 minutes for you to recharge the battery from 0% to 100%. Even 15 minutes gets you back well over half your full charge. 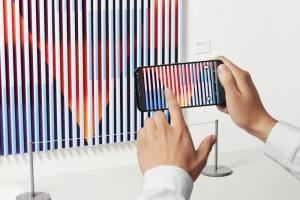 Camera
The cameras in previous Moto X editions were subpar and fortunately they have now decided to include a 21 megapixel camera to the Moto X Pure Edition. It comes along with an f/2.0 aperture as well. In addition, you can find a 5 megapixel camera on the front, which features a wide-angle lens that is ideal for taking selfies. They have also included a front facing flash to help you take selfies under low lights. The picture quality is excellent and HDR image processing has played a major role behind it. Therefore, you will be able to capture natural looking photos from the rear camera of this smartphone.

Software
Moto X Pure Edition comes with Android Lollipop V5.1.1. It is the latest Android update available at the moment. They have also included several custom additions to the software in order to make it user friendly. The display will pulsate when you have a notification and you can even control the music via the display. Apart from these features, Moto Voice has received much attention because it helps users to control the smartphone with voice commands and voice feedback. The are other nice features, the phone checks to see if you’re looking at it to keep the display active, or to turn on the display when you look at it. It has a power-saving ambient display/lockscreen as well.

Pricing and Final Words
You can purchase Moto X Pure Edition unlocked smartphone for $400 from major online retail store such as Amazon and eBay and you can even buy it directly from the official Motorola website. However, Motorola has not partnered with major carriers in United States to sell Moto X Pure Edition and you can only purchase the unlocked edition of it.  However this phone will work on any of the four major US carriers (and most other carriers as well) so not only can you use this on your carrier, but you can change carriers at will and keep the same phone.

Despite lacking a few of the high-end flagship features – this phone easily competes with many other flagship phones sporting higher specifications. The use of a near-Pure Android experience keeps the phone speedy without all the overhead that many other phones have with their own interfaces and additional software.