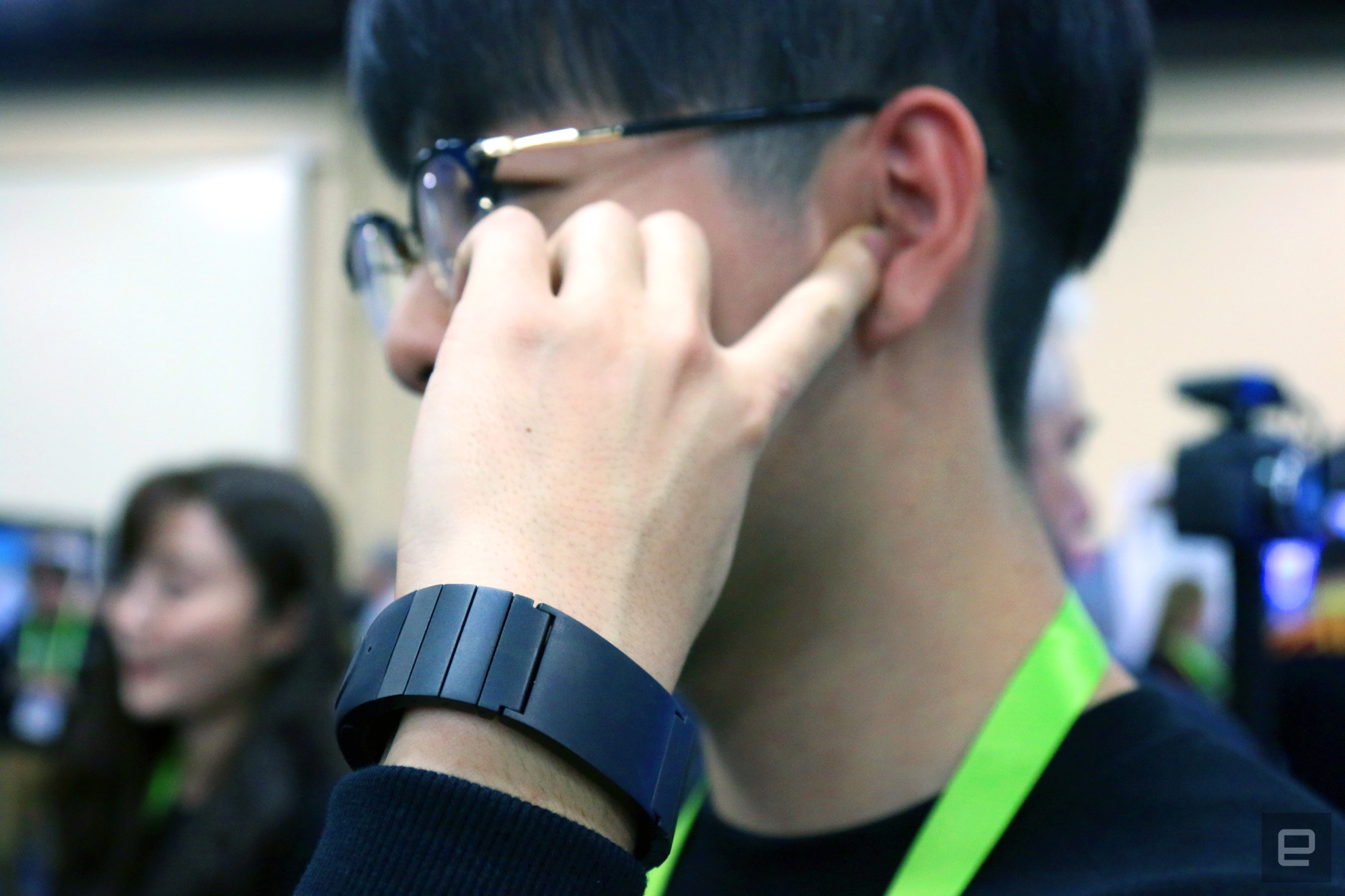 Innomdle Lab’s wearable — which was originally developed as a concept for Samsung’s delightfully nutty C-Lab — transmits sound through your hand as vibrations that eventually come out of your finger as sound. In theory, this sounds absurd. In practice, though, it actually seems to work as advertised. Even though Innomdle Lab’s body conduction technology isn’t specifically meant for music playback, a demo track streamed from a tablet via Bluetooth was piped into my wrist, up through my hand and came out surprisingly audible on through my finger.

Source: The Sgnl wristband is almost ready to turn your hand into a phone